Not because he hosted an episode in 2015, but because of the fodder he is giving the show. Alec Baldwin’s impression of the new president might just win him an Emmy Award, but what Melissa McCarthy pulled off this past weekend might be the best political satire of this television season.

When SNL spoofs the press secretary as the basis of a skit, then you know that the Trump administration is under an incredible self-created microscope. The more the president has attacked NBC and SNL (and Hollywood for that matter) through Twitter and other comments, the more the public tunes into shows like SNL to see if there is any response to him.

And Melissa McCarthy delivered as a Sean Spicer. The link is below:

With references to how Spicer began his stint as press secretary – gum chewing, claims of standing ovations for Trump and crowd sizes, a red Herring with Finding Dory, the word “ban,” blasting the New York Times and CNN, not remembering people’s names, and just confrontational – was not only hilarious, but painfully realistic.

And to add to this fantastic skit was Kate McKinnon’s spoof of Betsy DeVos and DeVos’s inability to articulate educational issues. From her growth versus proficiency bungle, to shooting grizzly bears, to her evangelical motivations, McKinnon summed up DeVos’s non-qualifications to lead public schools in a matter of seconds.

When has a nominee for secretary of education ever been spoofed on Saturday Night Live? And they wouldn’t do it unless they knew that the viewing public had already been apprised of DeVos’s disastrous confirmation hearing.

But McCarthy was not done for the weekend.

Her starring role in the environmentally-conscious ad for Kia won the USA TODAY ad meter contest for best ad during the Super Bowl.

And don’t think that Donald Trump’s current leanings as far as the environment were not part of the “clean” fuel for many commercials. For that matter, immigration became a central theme in the commercials of this year. Just look at the Budweiser commercial about its beginnings with Adolphus Busch, or even the 84Lumber commercial that was “banned” from the television because it so provocatively commented on immigration. 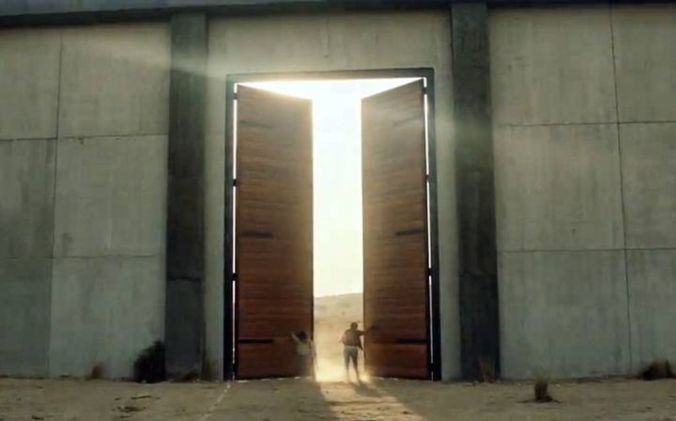 McCarthy’s specific ad showed her trying to save whales, icecaps, trees, and rhinos while hilariously failing each time – but at least she stays intact and drives a hybrid car that is environmentally friendly.

And in a new presidency where the Keystone Pipeline has been put back into action, a removal of the US from the Paris Agreement, and an anti-environmentalist chosen to head the EPA (which has now gone rogue with its own “alt” twitter account) McCarthy’s presence not only helped to keep those issues in the view of the Super Bowl audience; it challenged Trump and his administration on their nebulous policies. Ironic considering that Kia is a South Korean company.

And manufactures their cars in Georgia, home of the Falcons who just lost an epic game in epic fashion.

A good weekend for Melissa McCarthy, but a better one for those who got to see her in action doing what we need to keep all presidents and politicians somewhat honest, or at least cognizant that their alternative truths are still false  – satirical insight.

Because that insight can help us find doors in those walls.