It has been a year since Donald Trump made Betsy DeVos his selection as Secretary of Education and thus began a much maligned, yet brief tenure, of one of the most controversial cabinet members in recent history.

DeVos’s resume coming into the office was not impressive and certainly one that displayed an unqualified individual whose intent on privatizing public education was already well-known.

The following is her resume in public education at this point last year:

But now that we are almost a year into this current administration, it might be worth looking at what DeVos has done as the highest public education official in the country.

So how is this working out for us?

Unless you are a Dolores Umbrage fan. 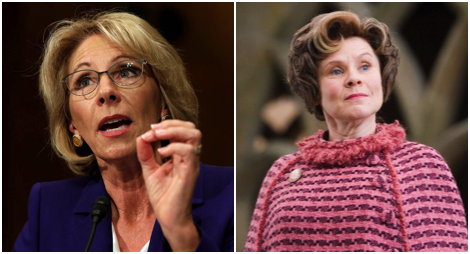