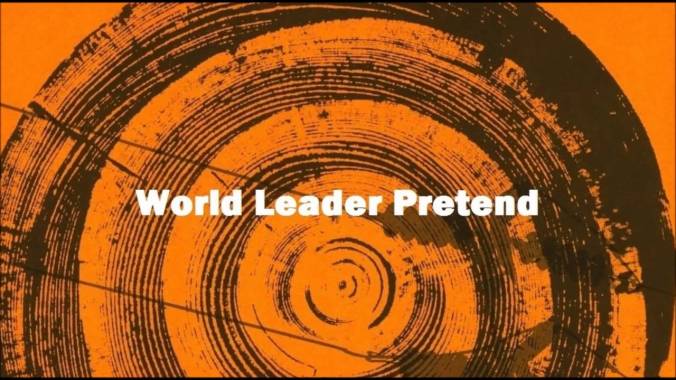 If one was to choose a song that played through unseen speakers when a self-important individual like Donald Trump walked into the room, “World Leader Pretend” would be hard to overlook.

And it isn’t just because of the obvious parallels to the lyrics, but the fact that the first person point of view so brilliantly frames and profiles the inner workings of a narcissist who happens to be the “Leader of the Free World.”

Using this song to express dismay with the current POTUS is certainly not an original idea. The title alone places it on an unofficial soundtrack for Trump. But it’s the constant proof presented in Trump’s everyday words and actions that reinforce that the lyrics of this song serve as a strong warning of the kind of leader this country does not need to have sitting in the Oval Office.

This week Sen. John McCain delivered one of the more powerful criticisms of Trump when he said that “an American president does not lead the free world by congratulating dictators on winning sham elections.” Apparently, against the advice of those who told him to not congratulate Vladimir Putin in winning another sham of an election to remain in totalitarian power, Trump openly “celebrated” Putin’s victory. This is on the heels of making a positive comment (maybe jokingly) about China’s own leader winning the constitutional “right” to stay in office for life.

Throw in some tariffs, some non-disclosures, some staff turnover, and some scandals involving elicit affairs, and you have just last week’s events. So “World Leader Pretend” becomes the song that is on constant “repeat.”

“I sit at my table” might just be an ample euphemism for “Executive Time,” those hours spent in seclusion before public business where Trump supposedly “lets his machine talk to him” through daily doses of the Fox network.

No doubt Trump has shown that he is a “master” of his own defenses. His constant use of the “I know you are, but what am I?” tactic has been used countless times so that many have become desensitized to it. And it is rather ironic that the wall he places around him like “barricades” resembles the same isolationist wall that he wants raised on our country’s southern border. Stoking the fire of an electorate helped provide the mortar to that wall.

Trump knows Trump best. He has a “rich understanding of his finest defenses,” and he has his own clear vision of his pretend “world” and the fact that he is its “World Leader Pretend.” But there are many cracks in the “mortar” of his wall, the one that he has designed. Those “tax cuts,” those “improvements” to healthcare, and those promises to stand firm against Russia are weakening his fort.

When the only person who seems to be important in the world of Trump is “I,” then the collective “we” that “I” is supposed to work for suffers. But with the midterm elections approaching and more possible indictments looming, that wall might be compromised soon.

In fact, we “will be the ones to knock it down.” 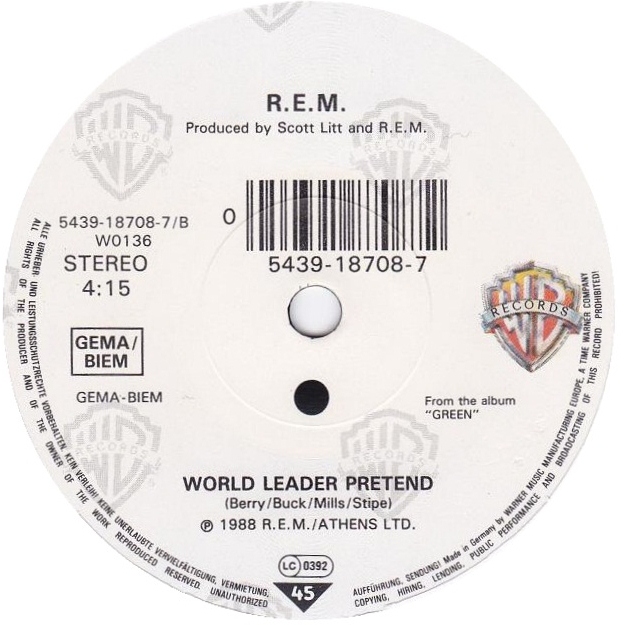 I sit at my table and wage war on myself
It seems like it’s all, it’s all for nothing
I know the barricades
And I know the mortar in the wall breaks
I recognize the weapons, I’ve used them well

It’s amazing what devices you can sympathize
Empathize
This is my mistake, let me make it good
I raised the wall
And I will be the one to knock it down

This is my world, and I am the World Leader Pretend
This is my life, and this is my time
I have been given the freedom to do as I see fit
It’s high time I razed the walls that I’ve constructed

It’s amazing what devices you can sympathize
Empathize
This is my mistake, let me make it good
I raised the wall
And I will be the one to knock it down