… is about to happen.

Now, they’re gearing up to fight back. Lots of them.

As many as five Democratic-led House committees next year could take on DeVos over a range of issues such as her rollback of regulations aimed at predatory for-profit colleges, the stalled processing of student loan forgiveness and a rewrite of campus sexual assault policies.”

The rest is here: 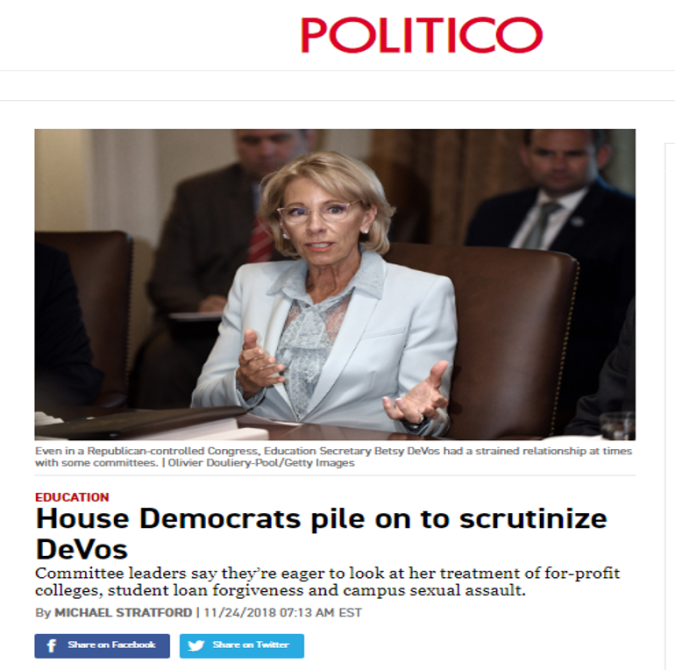