Exams are finally over.

At least for this semester. And in my school the largest obstacles and tallest hurdles dealt with technological issues.

And that’s before students even begin taking the actual tests. 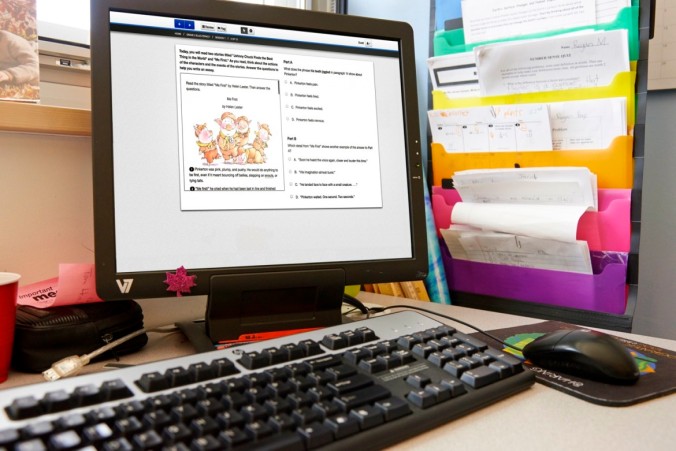 We have a state superintendent bent on making technology the pathway to “personalized” instruction and a Lt. Gov. bragging about how we as a state have connected every classroom in the state to the world wide web. And while that might be a tremendous benefit in handling data and sharing knowledge and applications, for testing it may not be that beneficial.

More ironic is that the dependence on technology during many of the tests that measure the very “achievement” used to formulate school performance grades for schools (that embolden parents to make “choices” in the schools for their children to attend), might actually be adversely affecting the scores of the very exams students take.

Many studies show that most students do better when allowed to kinetically use paper and pencil on their tests and not have to interface with a computer online. Studies show that scores are higher, thinking is more critical, and confidence is heightened. But as a state, we are pushing these online versions.

No, they do not. But those tests tend to have a fee associated with them that covers the cost of having them graded, especially the need to have critical human eyes grading critical writing samples measured by rubrics and not an algorithm.

And it is the monetary angle that is driving all of this online testing. Less paper, more streamlined, automatic delivery, and….

If we really want students to perform optimally on tests that are used to measure outlandish things like school performance grades should they not be allowed to take those tests in situations that benefit them the most?

But, a student will not have to change rooms or have delays if the technology is not working for them if they take it on pencil and paper. And if money is a problem, then that might involve really examining what is important to invest in.

Besides, allowing for students to opt into taking state exams on pencil and paper is the very definition of letting them use “choice” to make their academics “personalized.”

And we have mentioned that we already take too many standardized tests.