… there is money left to be spent.

When Duke University’s Children’s Law Center’s released its March 2017 report called SCHOOL VOUCHERS IN NORTH CAROLINA : THE FIRST THREE YEARS one of the most glaring aspects of the program was how many vouchers were being used at religiously affiliated schools.

Some of the observations of that study included:

The entire report can be found here.

That Duke report also revealed that the NC Opportunity Grants were by far the least transparent voucher plan in the nation. 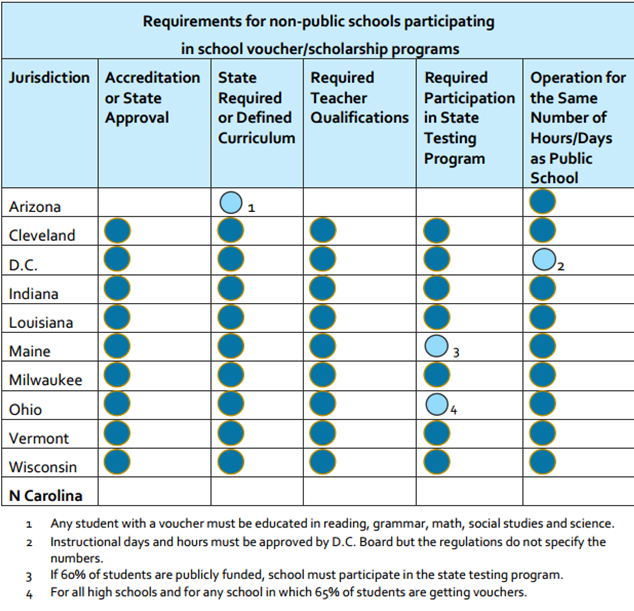 Then there was an NC State report last summer about the Opportunity Grants that voucher proponents instantly hailed as validation of vouchers when in actuality it did nothing more than show that NC’s system is designed to not be able to be measured when comparing voucher students with traditional public school students. 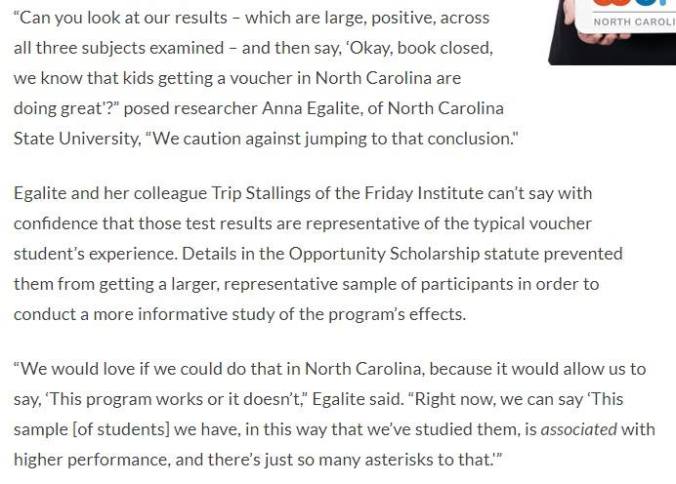 And now in 2019, many outlets have been reporting about how there is money left over from the voucher funds that is never used, yet the plans for the NC General Assembly to keep ramping up investments in the vouchers have not changed.

So what happens when a non transparent voucher system that sends most of its money to religiously affiliated schools that cannot be measured in such a way to even gauge its effectiveness and furthermore is not even using all of the money that it is funded with by the very NC General Assembly that protects it?

Call for more loosening of the rules.

From the Charlotte Observer today:

Although he acknowledged that there haven’t been enough eligible applicants to claim all the money budgeted, he said that’s not a reason to rein in spending. “I think it’s reason to maybe modify the rules,” he said.

The person who said the above quote is Phil Berger, who this week went to a religious school that takes voucher money to speak of how NC needs to loosen its regulations on vouchers.

The Charlotte-Mecklenburg school board voted in January to ask the state to stop expanding the voucher fund, and Rep. Craig Horn, a Union County Republican who chairs the House Education Appropriations Committee, told the Observer he supports “right-sizing” the Opportunity Scholarship Fund so money doesn’t go unspent.

Traditional public schools are not fully-funded. Buildings are falling apart. And NC “grades” schools by prioritizing proficiency over growth, but Berger and Horn want to make sure that money goes to religiously based schools that do not have to be measured in the same ways because there is money left on the table?