The state superintendent now has the power to send messages to all teachers through PowerSchool, the Pearson product used by the state to manage student data on almost all variables: grades, attendance, testing, etc.

This message appeared to teachers on March 21st. 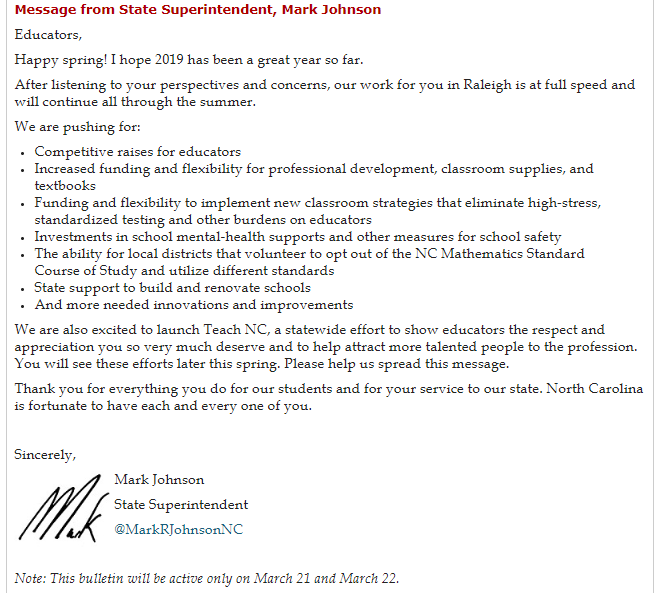 And while it may have presented some platitudes, reading it and reflecting on past actions and words, it reaffirms the empty rhetoric that comes from the office of the state superintendent.

When Johnson says “we,” to whom is he really referring? All of DPI? That’s nonsensical. The fact that he had to not only “reorganize” DPI and hire his own loyalists as well as let many veteran DPI officials go last summer, to say that all of DPI is united is laughable.

Possibly he means himself and those people he willfully obeys in the NCGA.

And look at the issues.

Competitive pay: Is this the same guy who last year said that 35K was a good salary? 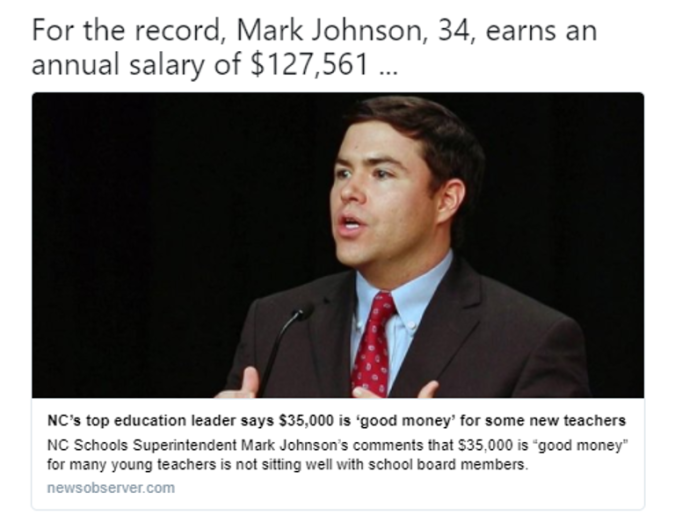 2020 can’t come soon enough. Until then, we teachers will keep doing the job.