It is National Teacher Appreciation Week and with a new budget being formed and new bills presented, I thought of this particular post I wrote exactly two years ago.

It still seems so appropriate now. 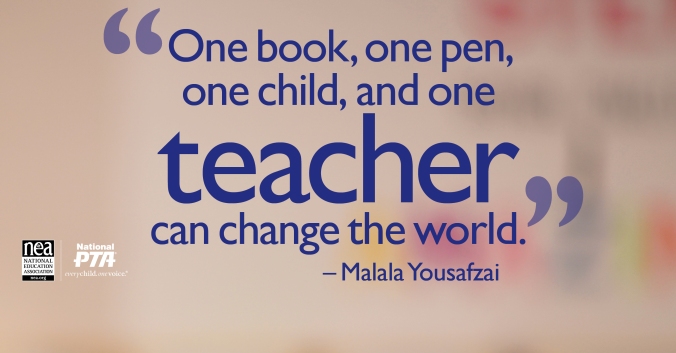 In a recent report from the Lumberton NC paper The Robesonian (“McCrory: Former teacher inspired pat proposal”), Sarah Willets quoted Gov. McCrory as being inspired by a former teacher to suggest a pay hike for teachers in this election year. He said:

“Ruth Revels was one of those teachers who had a lasting impact and influence on me. I will always remember her passion and strong belief in each one of her students. In honor of Mrs. Revels who recently passed away, I announced a plan to reward teachers for their hard work and raise average pay to over $50,000 plus benefits.”

When someone remembers a teacher’s impact on his life, that teacher must have been special. In fact, there are many Mrs. Revels in this state and many more are still embarking on the teaching profession.

A reward is something that is given in recognition of someone’s service, effort, and/or achievement. One could get a reward for doing well on a project or completing a task. Some could look at a bonus check as a reward for accomplishing a goal.

To have respect is to have a deep feeling of admiration for someone because of his abilities, qualities, and value. It is understanding that someone is important and should be taken seriously.

I was very glad to see that NCAE called on NC lawmakers to “Restore Respect” during Teacher Appreciation Week because it brought to mind that there are many stark differences between rewards and respect.

We have seen what a lack of respect for teachers has done to our state in a short amount of time. Where we once were considered a flagship state system, we are now in a state of regression. So while I will not decline a “reward” of a pay raise, I will tell my lawmakers that affording more respect to teachers, administrators, and teacher assistants could go a long in helping stop the attrition of teaching talent in North Carolina.

Why? Because if you respect something you will show it through your actions, not just your campaign speeches and vague promises.

And respect can work both ways. For those lawmakers who view public education as a priority and view teachers with respect, I will not only reward them with my vote, I would show my respect by supporting them throughout their terms.

But most importantly, don’t reward me for teaching. Respect me for being a teacher.