One of the better political cartoons in recent weeks came from Dennis Draughon at Capitol Broadcasting. It represents the Thanksgiving dinner where teachers and schools are sitting at a smaller table waiting to see what they will be given after everything is carved out for corporations and political interests.

Sen. Phil Berger throws a wishbone to those at the smaller table while he gluttonously partakes of the taxpayer-provided “meal.” 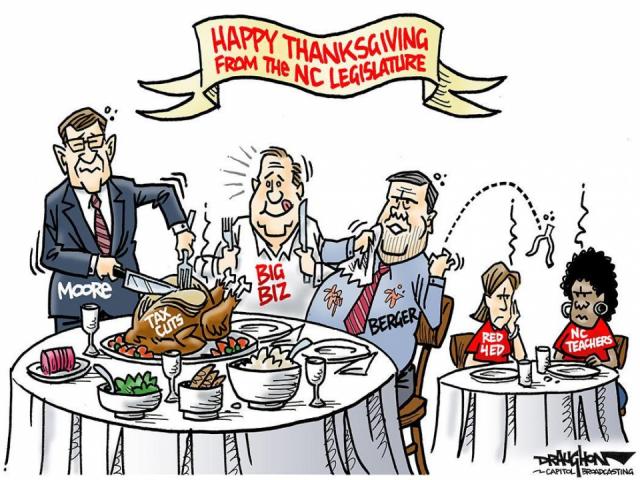 And yet many are blaming teachers and schools for wanting to be fully funded because there is a narrative that to do so would raise taxes on people.

Well, before that happens, maybe consider:

Then we can start talking about “raising taxes.”

Besides, out kids are worth it.

One thought on “Before Someone Claims That “We Will Have To Raise Taxes On People To Fully Fund NC Schools,” Tell Him To Consider These Measures First”