And I am a paid protester.

That person screaming at Rep. Jason Chaffetz in the Utah town hall meeting? 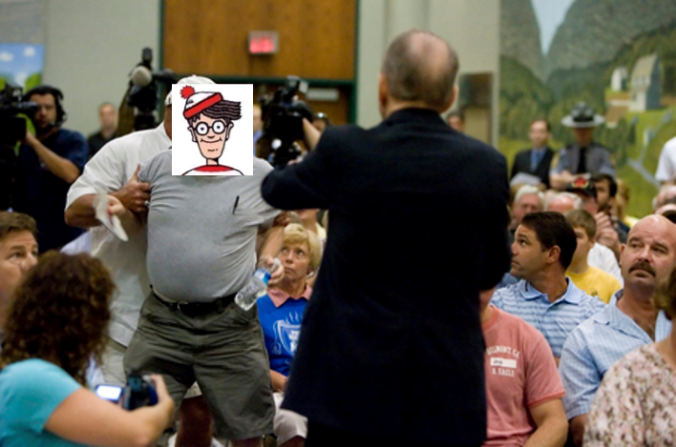 “You could see it online a couple days before, a concerted effort in part to just cause chaos. Democrats are in disbelief that they have nothing but flailing and screaming to deal with this.”

It was “more of a paid attempt to bully and intimidate.”

I’m that bully. And an intimidating one, I might add.

Partly because the money motivates me. Partly because I really wanted to see the inside of an auditorium in Utah. I had never been to Utah.

Sean Spicer talked about me in one of his legendary press conferences.

“Some people are clearly upset, but there is a bit of professional protester, manufactured base in there. But obviously, there are people who are upset, but I also think that when you look at some of these districts and some of these things, that it is not a representation of a member’s district.”

And he is right. I am not a representation of the districts I go to. I mean, look how I am dressed.

But the money is too good to pass up.

Even former NC governor Pat McCrory has caught on to it. On a recent taping of Meet The Press he said,

“It takes money to coordinate these protests.”

Those are two things I have a lot of: coordination and money. And that money trail that McCrory has been following leads straight to me. And the way I camouflage myself. 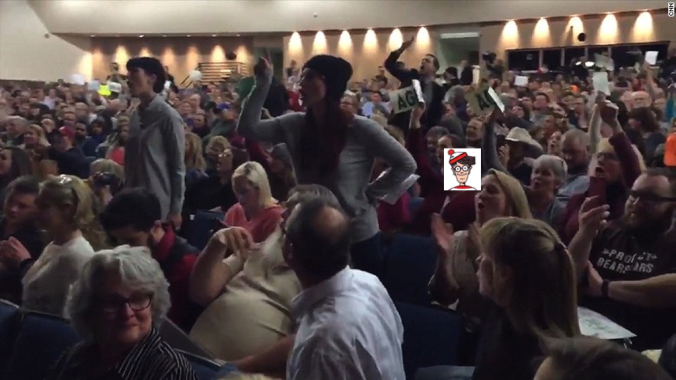 With a minimum wage still floating around $7.25 an hour, those democrats swooped in and guaranteed me $7.50 an hour to visit exotic places like Provo, Utah. Or that district in southern Texas. Or Peter King’s district in Long Island, New York.

All I have to do is scream “Do your job” and look concerned about what is happening in America right now.

It’s amazing that the concerted effort to galvanize unemployed and disenchanted democrats has worked so well in GOP town halls during the recent congressional break. Grassroots efforts like this is the hallmark of America. If you work hard and let your voice be heard, then you can affect change.

But you have to look the part.

So good am I at my job, that high-profile republican congressmen are not even participating in town halls because of their fear for me.

“In my case, I am not having these town hall meetings because to me all they do is just turn into a screaming session,” he said. “What I am doing, I have done every national TV show.”

And I was so looking forward to spending time in the lower part of Long Island. Now I have to just enjoy myself in the Big Apple on my hourly rate of $7.50.

But I am due for a raise.

I mean, look at the results I am getting.