We are adopting a dog.

We lost our beloved Boo Radley this past winter and have decided to adopt another dog, preferably one that was rescued, young, and chill enough to be around Malcolm but watch him as if he was a member of the pack.

And we found ourselves this fine boy. 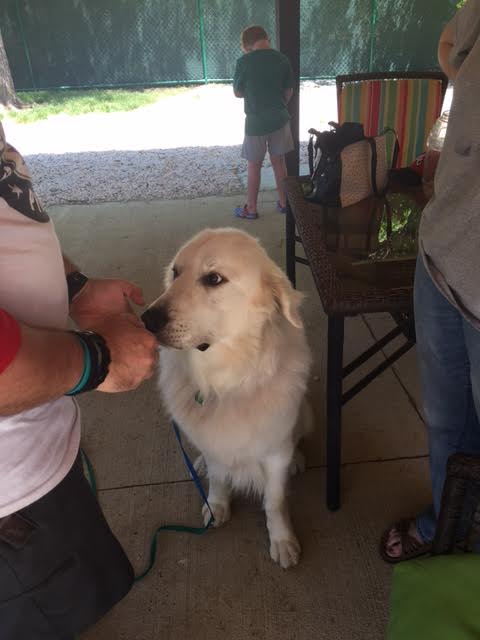 “Jackson” as he was called was rescued from Charleston and he is a Great Pyrenees with a  southern accent. Great Pyrenees were bred to watch over flocks of sheep and goats in the Pyrenees Mountains and are generally regarded as calm, nurturing, and protective of their brood.

And they are huge. This guy is supposedly skinny and getting weight put back on him, but that’s not what really sold us on him.

McK has a gift with animals. She tends to bond with animals quickly, especially dogs. Her Silver Award project for Girl Scouts centered on caring for older dogs. There was no doubt that she and “Jackson” got along.

It was how he and Malcolm bonded. Malcolm does not bond with animals unless he finds them approachable, and this dog is much bigger than Malcolm. This dog could swallow Malcolm.

But that did not stop Malcolm from going to him, petting him, and putting a stick in his mouth without any insistence from us. Malcolm even called him by name.

And a better name compliments of the McKster and her mother.

“Luther” is for Edris Elba’s character who kicks British ass and talks sophisticated plus he is apparently easy on the eyes to the women folk in our house.

“Logan” is for Wolverine of the X-Men as McK and I are big fans of the Marvel chain of superheroes.

We’re going to call him “Phin” – easy for Malcolm to say when they pal around. 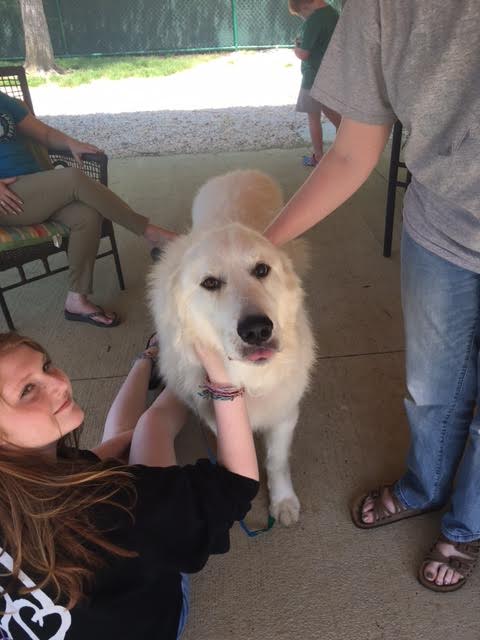