When Phil Berger and Tim Moore held a press conference last May in which they feigned surprise and indignation at the thought that teachers would even consider rallying on May 16th, it was rather apparent that it was a scripted endeavor.

During the conference, the two said, “Republicans in the General Assembly made a promise to dramatically raise teacher pay in North Carolina, and we’ve kept our promise. Despite the lack of information in the media and the politically-motivated misinformation coming from the local affiliate of the national teachers’ union, the numbers speak for themselves, and we’re glad to have the opportunity to share North Carolina’s success story and set the record straight.”

For the 2018-19 school year, Moore and Berger said teachers should expect to see an average 6.2 percent pay raise. They say this increase comes without a tax hike(https://www.wfmynews2.com/article/news/education/nc-lawmakers-pledge-4k-plus-pay-raise-ahead-of-teacher-rally/83-552338553).

Forget that the word “average” was included in that statement. The fact that it was stated on the very first day of the convening of the NCGA should give concern. Without any debate, committee amendments, or input from the roughly 4.5 million North Carolinians who are represented by democrats, Berger and Moore seem to prognosticate the future with arrogant surety.

Why? Because they already had a budget (biannually made) and they planned on not opening it up for debate at all.

House Speaker Tim Moore said Tuesday that he and Senate President Pro Tem Phil Berger plan to huddle Wednesday to knock out final areas of House/Senate disagreement on the state budget, which he expects to be ready for votes next week.

Moore also confirmed plans to roll that budget out as a conference report, a process that precludes amendments once House and Senate negotiators sign off on a deal worked out behind closed doors.

Democrats howled Tuesday as the plan circulated at the statehouse, partly because it will keep them from being able to offer amendments for public debate(https://www.wral.com/gop-seeks-to-prohibit-amendments-to-proposed-state-budget/17572652/).

Calculated with precision planning from a playbook straight from the American Legislative Exchange Council.

Think of what all has happened since the current establishment took control of North Carolina’s General Assembly.

Think of the privatization efforts in the nation that have hooks in NC and to whom they are connected to within this state. 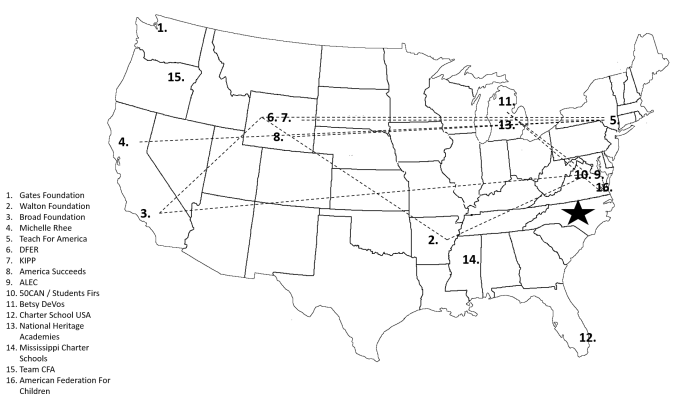 For a full explanation, check this link: https://caffeinatedrage.com/2018/02/13/the-privatization-of-north-carolinas-public-schools-a-whos-who/.

Now add laws and mandates like HB2, the Voter ID Law, the gerrymandered districts, and the attempted judicial system overhaul.

It’s been happening for six years.