If you have any interest in why the charter school industry has been under the spotlight these past few years, you might want to check out a segment from the August 22, 2016 episode of Last Week Tonight With John Oliver.

If you have HBO GO then you can watch all the episodes of a great show, but if you are a hard-line Trump supporter, you will not agree with a lot of things that Oliver says. Well, not anything he says. But he does do his research well.

In this particular episode from 2016, Oliver devoted over 18 minutes to the charter school industry you could tell that there was so much more to talk about. And yes, it is HBO, so there is a lot of vulgarity, but it’s not gratuitous to me and if your ears are too sensitive to listen to any “f-bomb” being dropped, then don’t view it.

In fact, if Oliver’s language is offending to you, don’t walk down the hall of a large public school. I’ve walked down the halls of small, private Christian schools and heard language that would put hair on your chest. Teenagers cuss. And some do it well. As an educator who teaches rhetoric and argumentation, I have heard some beautifully phrased lude comments come from our nation’s youth. Would I want my daughter saying that? No.

But man, there was no further explanation needed.

But back to Oliver. Here’s the segment. And watch the whole thing –  https://www.youtube.com/watch?v=l_htSPGAY7I . 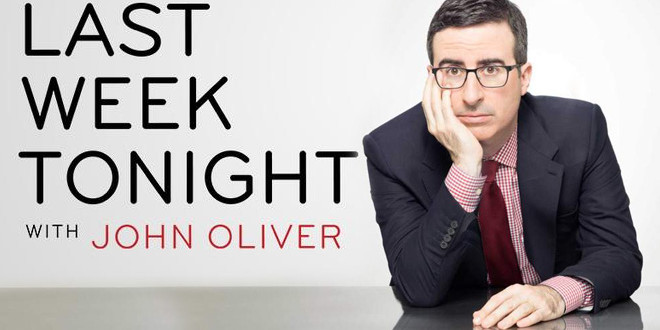 Interestingly, the segment begins with a lot of presidential hopefuls (mostly GOP) praising charter schools (it was 2016). Obama sings their praises. Even Trump is quoted as saying, “Charter schools work and they work very well.” In fact, it is safe to say that one cannot pin charter schools on a particular political party.

In over 40 states as well as the District of Columbia thousands of charter schools are educating over millions of students. They get to use taxpayer money, but can operate under less transparency like a private school.

And I liked that Oliver did not argue whether the concept of charter schools is bad or not. He agreed that they are good in principle. There are fantastic charter schools here in North Carolina. Many times I have referred to the Arts Based Schools here in Winston-Salem as an example. But they do something that public schools do not. That is using innovative practices to educate students. Their students typically go into traditional public schools for high school.

What Oliver was exploring was the way that many charter schools operate and handle money. And in eighteen minutes he could not begin to dissect all states. He focused mostly on Florida, Pennsylvania, and Ohio.

Does that lessen what has happened in charter schools here in North Carolina? No. In fact, it really highlights what is happening here in the Old North State.

Remember the DPI report that Lt. Dan Forest wanted redone in early 2016 to shed a more positive light on charter schools here in North Carolina when there were glaring negatives? The report talked about lack of diversity. But it also showed how eager some in Raleigh were in giving charter schools so much freedom to use tax money to proffer a narrative that public schools were failures.

There is Sen. Jerry Tillman, the godfather of charter schools. Sen. Tillman was instrumental in removing obstacles for charter schools to get up and running without much oversight . Tillman is now the chair of the education committee in the NC Senate.

There is the ISD district here in NC. Launched in 2016 in a bill championed by then Rep. Rob Bryan, it now in 2019 has one school under its domain, run by an outfit where Bryan sits on the leadership team.

Oliver’s segment also touched on virtual academies, which is under scrutiny here in NC for its attendance problems and lack of success. So what does NC do? Extend the contracts with those virtual charter companies.

But there is one common theme or thread that runs through all of those issues related to North Carolina, especially ill-conceived charter schools – everybody pays a price so a few can profit.

Having John Oliver explore this topic in 2016 when so much else was happening in the country and the world should be an indication that something had gone very awry.

And it’s still costing us.

Oh, and check out his segment on standardized testing.