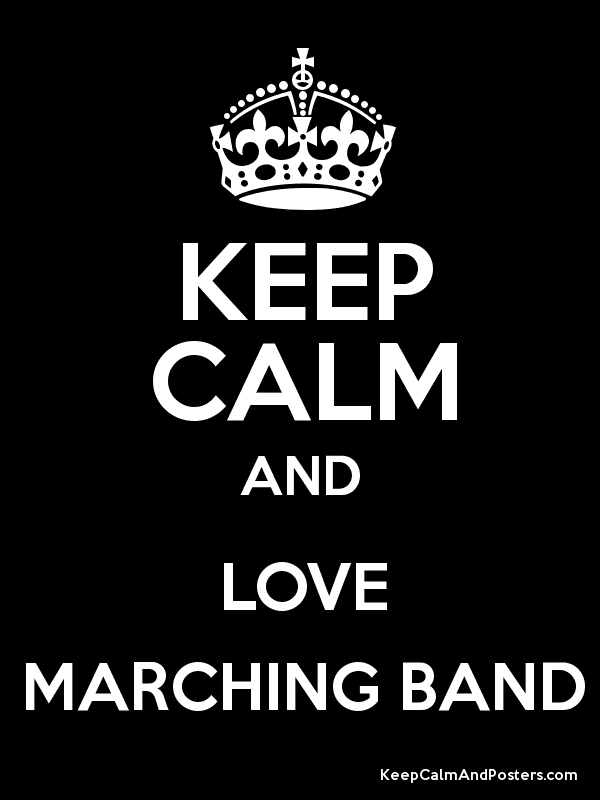 In less than three weeks, my high school will play its first football game. In fact, before students even take a class, a game will have been played and put in the record books.

And the band will be there with them.

There is a tradition at the end of each game at our school in which the marching band plays the school’s alma mater as the players come near the stands and raise their helmets in tribute to the school and those who support them.

They stand in front of the band. The student section stands beside the band.

It is done whether the game is won or lost. And I marvel at the energy and commitment of our band and how willing they are to travel with the team.

I have also thought many times about the huge presence that our band (and for that matter, any school band) has in the culture and fabric of our school.

Well before school year even officially starts as I begin planning for the year and coming to school to secure resources and get things ready, our band and color guard is already preparing for their season.

Their season is literally the longest of any “team” in our schools and they are a team. Think of all of the competitions, jamborees, county and regional concerts, and parades. And think of all of the games where the band has led the crowd in its mood.

I recently reread a draft of a recommendation I wrote for a band member a couple of years ago. It stated,

“We are fortunate here to have an extremely talented, motivated faculty and student body. Our school rates extremely well academically and our athletic teams compete at the highest levels, but what makes our school complete is that all students can find an outlet to pursue their interests. That is especially seen with our  Marching Band. __________has been a member since 2011 and the number of accolades and awards that this marching band has received is staggering. Starting in July, members begin practice for the fall, yet because of the many competitions and opportunities to perform in showcases, their actual season takes nearly six months. Members who finish each season are awarded athletic “letters” and the pride that these students show in being part of the Marching Band is contagious. The student body respects the band as it respects any of our other sponsored sports.”

If you ever get a chance to see how well kids can work together collaboratively, then go witness how the school band operates.

If you want to see a group of individuals completely dedicated to a vision defined by a common goal, then go witness how a school band operates.

If you want to see dedication to performance and arts, then go see a school band perform.

And if there is any lawmaker, school board member, or citizen who does not think that the arts and music should not be taught and nurtured in our public schools, then I invite you to go to a game and stay for the halftime show or go to a jamboree or showcase and catch a glimpse of how many of our students are displaying teamwork while growing in mind, body, and spirit.

If there is some sort of fundraiser that a band member of any school is trying to help raise money with, then help out. The three frozen Moravian chicken pies in my freezer this past year was money well spent.

And the work ethic, collaborative mentality, preparation, and attention to detail that these band students bring to my class is priceless.