Look at all of the different “excuses” as to why State Superintendent Mark Johnson has not fully come clean about a unilateral decision to sign a contract with iStation or buying iPads or ClassWallet or set up a new website that directed people away from DPI’s official site or why he all of a sudden he sent text messages to hundreds of thousands of people in an “campaign” stunt.

Then remember that Mark Johnson is by trade a lawyer: an attorney with an active license who practiced (and will probably try to continue) in North Carolina and took an oath,  specifically this one: 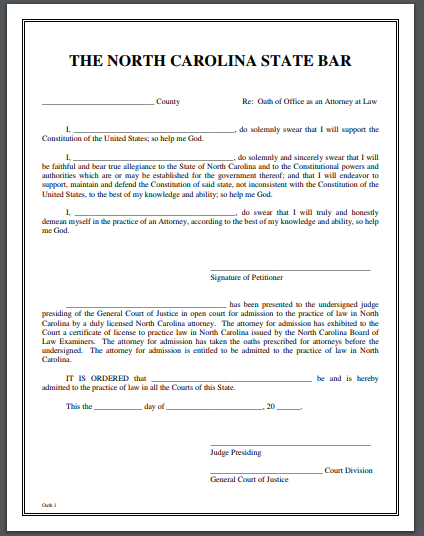 The last statement in that oath states that the person taking it will “swear that I will truly and honestly demean myself in the practice of an Attorney, according to the best of my knowledge and ability, so help me God.”

In this context, the word “demean” means “to conduct oneself or behave” in a certain way. Here it pertains to being honest and following the law. In fact, it means that an attorney must be a role model in lawful conduct and practice honesty.

Mark Johnson is a lawyer here in North Carolina who took an oath.

It’s time for him to come clean.