When starting to filter through the data-rich and incredibly detailed Leandro Report (released toward the end of 2019) many of the very issues that public school advocates have been calling attention to for years were not only echoed, but were also explained in context of other issues that affect our public education system.

These 12 data exhibits help to summarize some of those issues as far as the effects of poverty on school systems, lower numbers of teacher candidates, attrition levels, per-pupil expenditures, and how it is hard to compare NC to other states in how it funds its schools.

Many of these exhibits measure changes in various elements that affect public education within the past ten years. Dan Forest was elected in 2012 as Lt. Gov. and has been influential in many an educational “reform” here in North Carolina.

Maybe he should explain why he should be governor in light of the fact that much of what the Leandro Report expertly reveals has occurred while he was in office.

It’s hard to look at how this state can sit on a large manufactured state surplus and extend more corporate tax cuts while conditions in the public schools exist to the level explained clearly in the Leandro Report.

Again, it is important to look at the entire report – Sound Basic Education for All – An Action Plan for North Carolina. 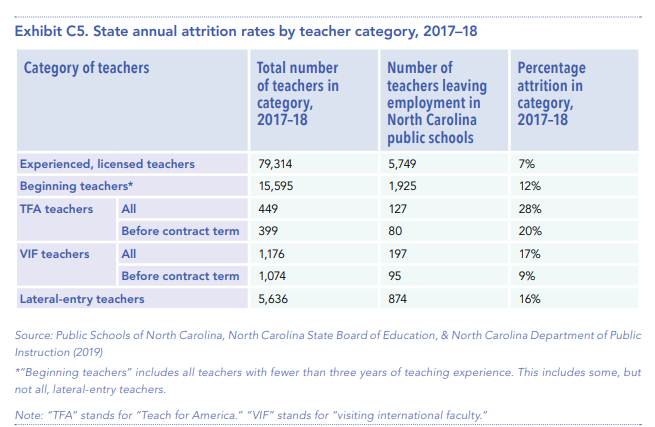