Below is a list of the five core issues brought into the public discourse for the “All Out For May 1st” Public Education Rally and March last year. Thousands of people showed up to advocate for these issues. 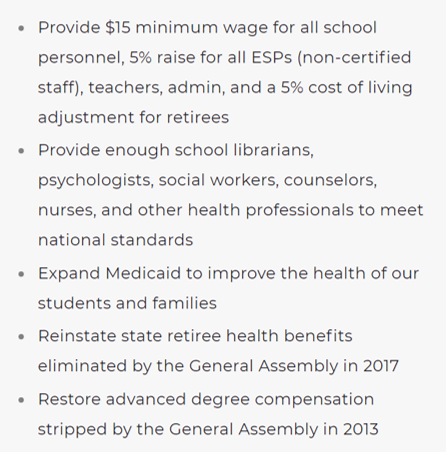 Below is what Mark Johnson, the top public education official in the state, said in regard to those five issues:

Below is what the leadership in the NC General Assembly did to address those issues:

An intentional budget stalemate and a purposeful ignorance of these issues.

Oddly enough, Mark Johnson has not really anything about the current state health emergency that is significantly affecting our schools. Maybe he is still fighting the Deep State or trying to eliminate Common Core or still licking his wounds from badly losing his primary after using his office to promote his campaign.

In fact his biggest contribution to the current dialogue has been this childish statement. 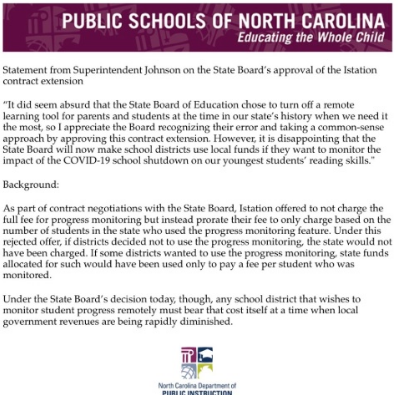 Phil Berger and Tim Moore have not come out to show their “stellar leadership” in this crisis. They have been too busy making sure that public schools this year have to operate with last year’s budget numbers minus non-recurring funds.

That and stoking fires about unfounded voter fraud.

But this recent coronavirus outbreak is bringing to the forefront four of those five issues and the seriousness they truly present.