Actually, I have been his father and dad for over ten years.

Or we have a child whose name is Malcolm who chooses not to be defined by terms, so we shouldn’t define him with labels or a diagnosis.

Maybe what we received this past week is a huge clue and more answers than we had in how to best approach helping, nurturing, communicating with, and advocating for Malcolm.

One of the greatest gifts that someone can give to another is an unabashed and honest view of the world that the other did not know through another set of eyes and filters.

If you are around Malcolm, you might immediately sense his acute ability to be in the present time. He is not consumed with what happened in the past or what might happen in the future. He is totally grounded in the now. I envy that. And he is very open with his view of the world and how he sees things.

But there were some behaviors that his mother and I could not really understand under the scope of someone who has Down Syndrome. So we explored. We questioned. We wrestled. We asked for help.

And we found out something.

I feel like I just got to know my kid a little better, and I think we got another clue in how he views the world and filters what he actualizes.

Think of it this way: we just got handed the actual prescription of another lens that he uses to sense his world.  A better idea of what might be happening. And a better idea of how we might be able to help him make sure that he is as comfortable in this world as he can be.

It’s like we found the “bright” setting for the headlights while driving and we can see a little more of the road, but more of the surrounding area. The more we see, the more we know is around us.

So what do we do as parents? More of the same in many respects. We love him actively. We remove obstacles when we can and help him overcome his own obstacles. We research and be inquisitive. We explore avenues that may hold keys to helping him.

And we advocate like any parent would for his or her own child.

This kid did not change because of a diagnosis. He still wants to get doughnuts, swim at the Y, go to West Forsyth to see his favorite people, pet his dog, watch his movies, play basketball at weird hours of the day and night, and ask for a hug.

The first line from this news report should make the stomach of many a person churn.

“The Odd Fellows, a national fraternal organization based in Winston-Salem, is facing criticism after refusing to give a prize to an autistic Oregon boy who won a competition.”

It is from the headline story of the May 2nd edition of the Winston-Salem Journal entitled “Winston-Salem-based Odd Fellows faces criticism after rejecting teen with autism” and deservedly above the fold (http://www.journalnow.com/news/local/winston-salem-based-odd-fellows-faces-criticism-after-rejecting-teen/article_0a7dea28-5ee5-575f-ba55-af7be091d1cb.html).

Niko Boskovic, 15, of Portland, Ore., recently won an essay contest sponsored by the North Portland Lodge of the Independent Order of Odd Fellows. Niko wrote about the history of Ukraine and received letters of recommendation from his teachers.

David Scheer, the Oregon lodge secretary, said Niko was the clear winner among his competitors and he had earned the prize — a trip to the United Nations in New York City. He said lodge members raised money to cover all costs Niko and a second winner needed to make the trip.

After the national organization learned that Niko is autistic and would need a chaperone, it rescinded the trip offer.

How odd, out-of-line, off-base, strange, unrepresentative, and even bizarre for a fraternal organization that “never looks at people with prejudiced eyes or bases his judgement on outward appearances” (Odd Fellows website) to rescind an offer to a deserving young man who happens to have autism because they do not want to be burdened?

And then the parents had to literally beg for an explanation from the Odd Fellows Sovereign Grand Lodge on why the offer was rescinded. They really got nothing.

Later in the report it states,

“We can’t get any explanation in writing from them, but when I spoke with the gentleman who’s the board chair for the UN Youth Program, he said ‘we are not equipped to accept people with disabilities,’” she (Niko’s mother) said.

The national organization told the Boskovics that they have rejected winners in the past with wheelchairs too.

Sound like it just became a civil rights issue.

In a nation where the person in charge of America’s public schools blatantly proved she has no idea what the Individuals With Disabilities Education Act (IDEA) actually was, a House of Representatives that is about to vote for a healthcare law overhaul that makes being a woman a “preexisting condition,” and a president who believes a man who owned slaves and died years before the Civil War broke out could have stopped the bloodiest conflict our country has ever faced, it almost is no surprise that this has happened – literally right after National Autism Awareness Month.

And the fact that it doesn’t surprise me actually surprises me.

Ironically the mission statement of the Independent Order of Odd Fellows is:

“To improve and elevate every person to a higher, nobler plane; to extend sympathy and aid to those in need, making their burdens lighter, relieving the darkness of despair; to war against vice in every form; and to be a great moral power and influence for the good of humanity.”

And one of the “stated goals of Oddfellowship” is “The handmaid of virtue and religion.”

That conflict between what is said and claimed and what is actually done is hypocritical, even pharisaical. (Yep, that was a big word.)

As a Winston-Salem native this is yet another reminder that we live in a society that seems scared of itself and afraid to admit it. That fear breeds more fear.

Earlier this week CNN did a report on Winston-Salem called “’Folks don’t feel safe’ :In this North Carolina city, people on both sides of the immigration debate have one thing in common: fear” (http://www.cnn.com/2017/04/30/us/winston-salem-welcoming-city-immigration/index.html). Check it out. It’s worth it.

And then to know that the  Sovereign Grand Lodge of the Independent Order of Odd Fellows is on Trade Street in Winston-Salem.

That’s in the revitalized Arts District in the Twin City whose moniker is also the “City of Arts and Innovation.” That’s the same street where one of the bigger P.R.I.D.E. parades and festivals in NC takes place in a state that had HB2 on the books for a while.

And then the irony gets thicker.

Early in their career R.E.M. came to Winston-Salem to work with Mitch Easter at his Drive-In Studio. They recorded “Radio Free Europe” there and the EP Chronic Town. It began a journey for music lovers like this post writer who grew up outside of Athens, GA and became a Winston-Salemnite because some artists seem to perfectly imitate life even when life happens decades after the art was produced.

Document was released in 1987. The last song (#11) is “Oddfellows Local 151.” It is supposedly about a liquor store and a drunken man named PeeWee who preaches the good word with an inebriated slur.

Oddfellows Local 151 behind the firehouse
Where Peewee sits to prove a sage, to teach
Peewee gathered up his proof, reached up to scratch his head
Fell down and hit the ground again

Why do the heathens rage behind the firehouse
Where Peewee sits upon the wall to preach?
This boy and girl that gather pearls of wisdom
Falling from his mouth
Wash off the blood, wash off the rum

Oddfellows Local 151 behind the firehouse
Where Peewee sits upon the wall to preach
This boy and girl that gather pearls of wisdom
Falling from his mouth
Wash off the blood, wash off the 151

And to think how drunk on religion and sanctimony some are that “allow” them to make say such strong claims as “relieving the darkness of despair; to war against vice in every form; and to be a great moral power and influence for the good of humanity” but then rejecting “winners” because they use wheelchairs or have autism.

There is something more than wrong with that. More than odd.

There is also a song on the Green album (that followed Document) called “The Wrong Child.” It might just be an even more appropriate song as the actions by the Odd Fellows have made some very deserving young people feel odd and in the wrong place. 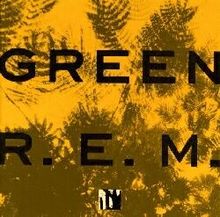 I’ve watched the children come and go
A late long march into spring
I sit and watch those children
Jump in the tall grass
Leap the sprinkler
Walk in the ground
Bicycle clothespin spokes
The sound, the smell of swingset hands

I’m not supposed to be like this
But it’s okay, okay

Makes one hope that this whole incident only strengthens the resolve of those who feel marginalized because if anything it makes those people on Trade Street who refuse to answer for their actions the “wrong” ones in this situation.

One of the redeeming facets of this report from the WSJ comes in the form of Niko’s last quote. He says,

“Not only was I willing to learn,” Niko spelled about the trip. “But I wanted to be an ambassador, of sorts. Really, these people are making this into a civil rights case.”

Just proves that he was the “right child” to win that competition.