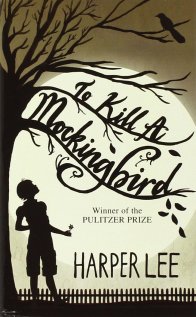 News that a Virginia school district recently pulled its copies of To Kill a Mockingbird and The Adventures of Huckleberry Finn from all of its classrooms and school libraries is another disturbing sign of what might be part of what divides America so much as evidenced by the recent presidential election: the fear of being challenged by what others have to say.

Of course, I am biased on the issue of banning books and removing them from circulation in libraries in schools based on the concerns of one or a couple of parents. I am a high school English teacher who teaches AP classes. It infringes on censorship in my mind, especially if that book has been a staple in American schools for quite a while such as Harper Lee’s classic and Twain’s iconic work.

Now, that does not mean that I want all students to read Portnoy’s Complaint by Philip Roth or Lolita by Nabokov, but great literature is meant to be an exploration of sorts into the perspective of society in which the book was written.

It’s sort of like an archeological dig into the past that allows us to experience how society viewed itself, viewed others, and what society held dear. It also teaches us how we have changed, whether for the better or for the worse. Great literature is meant to challenge us on a variety of levels.

Great social movements tend to be preceded by works of literature and music that allow for ideas of thought and emotion to be expressed and take root. Look at the Harlem Renaissance and the subsequent Civil Rights Movement. Less than half a century after the Civil Rights Act, we elected our first minority president.

Ironically, one parent in Randolph County, NC complained about Invisible Man, arguably the most famous novel from the Harlem Renaissance. The school board removed it from the schools for a short while. From NPR.org:

“A North Carolina county voted this week to ban Ralph Ellison’s Invisible Man from school libraries. The Asheboro Courier-Tribune reports that the decision followed a complaint from a parent, who called the novel “too much for teenagers.” The decision was 5-2, with one board member claiming, “I didn’t find any literary value.” The 1952 novel, which won the National Book Award, is among the most famous novels dealing with black identity — and black invisibility — in America. The famous opening lines of the novel read, “I am an invisible man. No, I am not a spook like those who haunted Edgar Allan Poe; nor am I one of your Hollywood-movie ectoplasms. I am a man of substance, of flesh and bone, fiber and liquids — and I might even be said to possess a mind. I am invisible, understand, simply because people refuse to see me” (http://www.npr.org/sections/thetwo-way/2013/09/20/224360854/book-news-north-carolina-county-bans-the-invisible-man ) .

My first argument thought is if the book itself is too much for teenagers, then teenagers are in for a rude awakening when they as teenagers go off on their own in the world of college or the work force.

However, my second inclination is to ask the parent and that school board member who made the comment about literary value of Ellison’s work if either had actually read the book.

And allowed the book to challenge him/her.

Great literature teaches us about ourselves, especially the parts of ourselves that we do not want to acknowledge but that control how we perceive others and how we treat others. And in a nation where many hold the Second Amendment and guns with as much fervor as it does the Bible (which by the way is one of the most challenged books in the country), should we not also look at the First Amendment and its protection of the freedom of speech as dearly?

The very man who is about to be president of the United States freely exercises his right for freedom of speech through his Twitter account. He exercises that right because he can. But he uses that right because he refuses to be challenged. With his cabinet picks and his steadfast adherence to picking billionaire donors for cabinet positions, Trump is assimilating the whitest, most financially elite, and ultimately most homogeneous cabinet in modern history.

I think part of the reason is that he doesn’t read. And what I mean by that is that he does not allow himself to be challenged by the words, the actions, the viewpoints, and the events that have shaped this country. In fact, when he “writes” his books, he has someone do it for him.

In my home state of Georgia, the State Supreme Court ruled in that the Harry Potter books could stay in schools after a very heated challenge by a parent in 2007.  From www.today.com:

The adventures of boy wizard Harry Potter can stay in Gwinnett County school libraries, despite a mother’s objections, a judge ruled Tuesday.

Laura Mallory, who argued the popular fiction series is an attempt to indoctrinate children in witchcraft, said she still wants the best-selling books removed and may take her case to federal court.

“I maybe need a whole new case from the ground up,” Mallory said. The woman, who said two of her four children attend public schools in the county, was not represented by an attorney at the hearing.

The ruling by Superior Judge Ronnie Batchelor upheld a decision by the Georgia Board of Education, which had supported local school officials.

County school board members have said the books are good tools to encourage children to read and to spark creativity and imagination.

Rumor is that she had never read the books. If that is true, she was never challenged by them.

Take a look at this report from a 2013 issue of The Week entitled “America’s most surprising banned books” (http://theweek.com/articles/459795/americas-most-surprising-banned-books ).

Yep, you need to read it. And if you are going to challenge works of literature based on sexual imagery, then that would eliminate almost all of Shakespeare except Julius Caesar, but that has people washing the hands in the blood of a murder victim, soothsayers, and talking ghosts.

Now back to the recent Virginia case. A recent Washington Post article explained:

In response to a formal complaint from a parent, Accomack County Public Schools Superintendent Chris Holland said the district has appointed a committee to recommend whether the books should remain in the curriculum and stay in school libraries. District policy calls for the formation of the committee — which can include a principal, teachers and parents — when a parent formally files a complaint.

The parent, Marie Rothstein-Williams, made an emotional plea at a school board meeting Nov. 15, saying the works had disturbed her teenage son, a biracial student at Nandua High School on Virginia’s Eastern Shore.

“I’m not disputing this is great literature,” Rothstein-Williams said. “But there is so much racial slurs in there and offensive wording that you can’t get past that, and right now we are a nation divided as it is.”

And if a school system is willing to remove a book from access to all students based on the complaint of one parent, doesn’t that create more division?

And as the lady in the previous quote who is challenging Huck Finn said, she is not disputing that it is “great literature.”

Makes me wonder if she has ever read it and discussed it with her child.