“As God as my witness, I thought turkeys could fly.” – Arthur Carlson, General Manager of WKRP, a fictional radio station in Cincinnati.

It’s Thanksgiving , and I just watched this episode again and it makes me laugh at how it wonderfully pens human nature which tends to be full of full intentions but short on planning.

Even the theme song is memorable.

Baby, if you’ve ever wondered,
Wondered whatever became of me,
I’m living on the air in Cincinnati,
Cincinnati, WKRP.

That, and my mother-in-law thinks it is the funniest show she has ever seen. She can start explaining it and then becomes unintelligible from laughing at it in mid sentence.
That immortal quote came from one of the best episodes of situational comedy ever to grace the airwaves of prime time television. It’s from the “Turkey Away” episode from 1978. 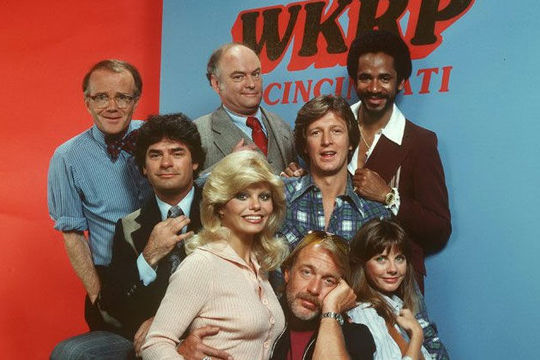 The aforementioned episode concerns an elaborate marketing stunt that is high on expectations but low on research. Mr. Carlson wants to have a “turkey drop” dispensing free turkeys to families at Thanksgiving by dropping them out of a helicopter. The station would then have it’s own news reporter, Less Nessman, cover the story.

http://www.hulu.com/watch/322 or https://www.youtube.com/watch?v=8Zuj3dwZl64 .
Nessman’s reporting of the turkey drop is priceless. What was supposed to be an act of goodwill toward men turned into an aviary apocalypse. According to Nessman, the live turkeys were falling “like bags of wet cement” upon the unsuspecting people below creating a cacophony of confusion and literal tower of Babel.

A plan with good intentions executed without proper vetting. 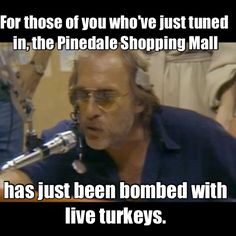 It reminds me of how many in government and business want to enact reforms and enact them without properly researching and analyzing all the factors involved. This is especially true in North Carolina.

Think of the Achievement School District. Establishing a district controlled by outside companies to administrate the education of children they do not know and controlling tax dollars of people who will have no say in how these schools are run. Proponents of the ASD district recite their good intentions as well as the need to save students from schools they could just as easily help with state-run turnaround programs. These proponents also dismiss all of the contrary evidence to their claims, especially that ASD’s have never improved outcomes where they have been implemented before.
It’s like throwing live turkeys out of a helicopter.

Think of the rapid rise of charter schools, especially in rural areas. In an effort to “save students from failing schools”, those in power have allowed for unregulated charter school growth to occur on the backs of the very taxpayers whose children will not be able to attend.

More flightless birds thrown out of a flying machine.

Think of the Opportunity Grants that are supposed to allow low-income students to receive a grant to go to a private school of their choice. Another example of “good intentions”. However, private schools can create their own admission standards and protocols. In addition, I do not know of many private schools of reputation that only cost $4200 in tuition fees. Also, many of the private schools that receive Opportunity Grants are religious based schools that already operate as part of a non-taxed entity and can teach curriculums (curriculi?) that are designed in direct opposition to the curriculum that traditional schools must follow by law.

While the comparisons between the reforming efforts of the North Carolina General Assembly and the “Turkey Away” WKRP episode are not %100 congruent, they are solid nonetheless. For instance:

I will admit that there are some differences. When the turkeys dropped in the television episode they came down like “bags of wet cement.” 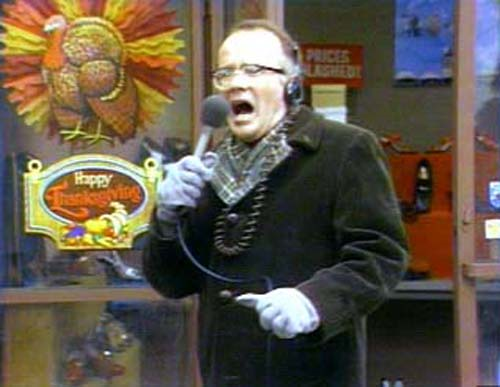 What is dropping in our reform movements are not turkeys, but our state’s constitutionally-bound commitment to fully provide for our public schools.

And it sounds like bags of… well, you get the picture.

And I say that with God as my witness. 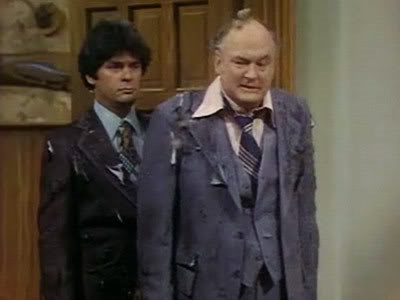