The mind of a child is a beautiful thing.

The imagination of a child is even more fascinating.

Put those two together and you get the inner workings of Malcolm and all of the things he has his stuffed animals do.

Today we did our usual Sunday visit to the grocery store. Got coffee. Sat on the bench. Said hi to some ladies. And took Super Grover with us. If you don’t know Super Grover, then you are a cultural heathen.

Anyways, he likes for me to make him fly. So in a couple of aisles he did.

If you happen to be shopping at Lowes’ Foods when we did and saw a red caped blue monster rise on the air around both the soups and the canned vegetables, yep, that was we two men.

Sometimes Super Grover has his friends along and Malcolm has them do things that would probably qualify for collaborative group work in schools. One of his favorite things to do is to have a variety of his stuffed friends play some sort of piling game.

He literally stacks them on top of each other almost artistically. He carefully places one stuffed animal on top of others, rearranges them to get the perfect combination, and then tilts his head from side to side in earnest analysis, and then revises his original pile.

And I think I know what he is doing.

He watches football videos on his Ipad thorough YouTube. The kid likes sports. Mostly basketball, but he does like his football. Even yesterday he had on his football helmet to help me blow leaves.

I think he is imagining the pile when a tackle is made at the goal line.

Let me list for you the players in this particular game.

I think Pete the Cat is playing safety. He’s on the top of the pile a lot. The Cat in the Hat was the noseguard.

Elmo was probably playing linebacker, still referring himself in the third person.

Cookie Monster was carrying the ball and having pronoun problems.

Didn’t matter. Because, I had more fun watching Malcolm have fun. 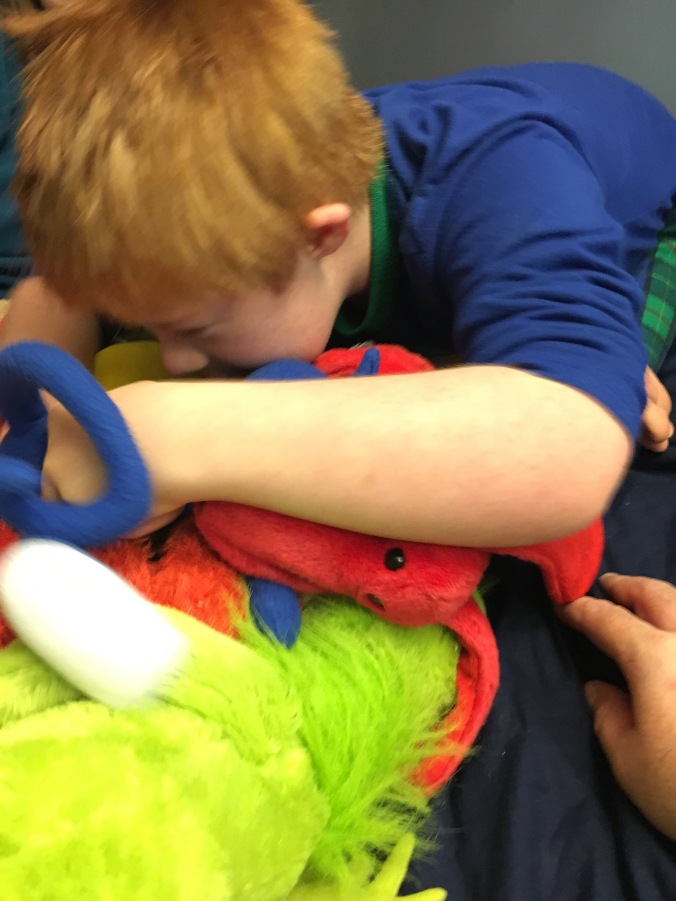 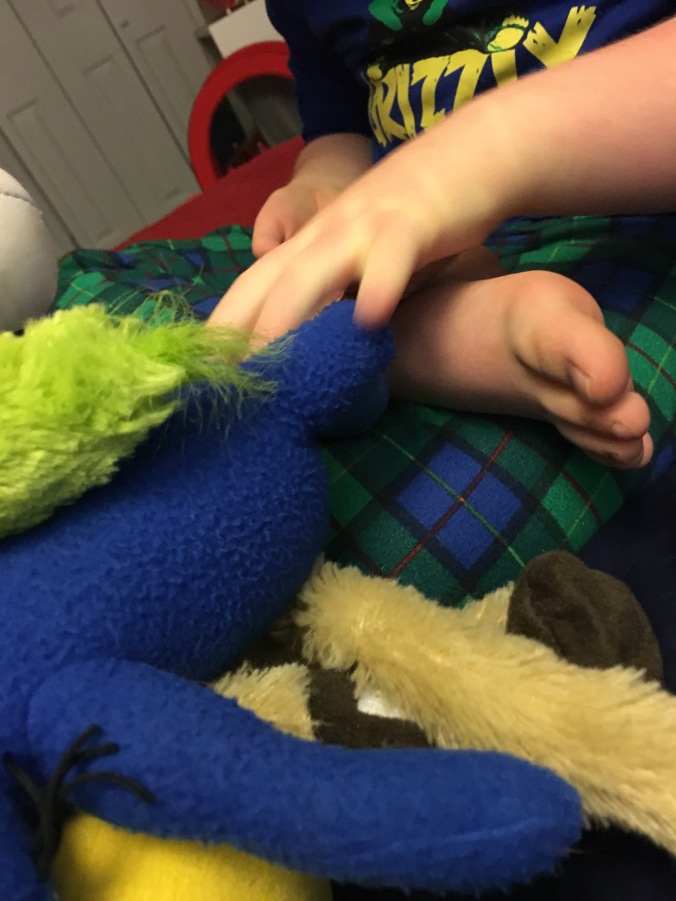