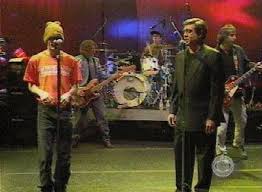 So, what’s the frequency, Donald?

In a presidential tenure set on blaming the media for character assassination, Donald Trump’s penchant to gravitate to outlets that pretty much cater to his narrative is obvious. Simply follow the praise he heaps onto Fox & Friends on an almost daily basis on Twitter.

Look at his hiring of Steve Bannon of Brietbart as a chief strategist.

Look at his extolling the “service” of Alex Jones.

Fox & Friends, Breitbart, and Info Wars all reside on their own frequencies. Each resides in a select ideological range, a couple more extreme than the other. They offer Trump his amphetaminic drive, the one that allows him to tweet at all hours of the night. They are his Benzedrine. They allow him to drown out the rest of the frequencies on the dial of media and coverage.

Like any American, he has the right to listen to and pander to the voices that validate his narrative, but it does not mean those voices speak truth.

On December 4, 2016, a man named Edgar Maddison Welch from North Carolina entered a Chinese restaurant called the Comet Ping Pong in Washington D.C. with an assault rifle demanding the owners to confess to child sex trafficking, a false allegation perpetrated on far-right media. Welch discharged his weapon, but no one was hurt. He was caught and pleaded guilty in court. He will be sentenced later this month.

Welch had listened to the “Pizzagate” conspiracy theory through a frequency of media outlets like Alex Jones’s Info Wars and allowed speculation to become gospel. He acted out based on an alternate reality and almost destroyed the actual reality of innocent people.

Interestingly enough another man from North Carolina committed an act of enigmatic violence perpetuated by a conspiracy theory back in 1986. Bill Demain explains the incident in Mental Floss, a rather fantastic periodical.

“At about 11 pm on the night of October 4, 1986, CBS anchorman Dan Rather was walking along Park Avenue in New York, on the way back to his apartment. Just as he neared the building’s entrance, he was accosted by two well-dressed men. One asked, “What is the frequency, Kenneth?” Rather replied, “You must be mistaking me for someone else . . .” With that, the man knocked Rather to the ground, and as he kicked and punched him, he repeatedly asked his strange question. Rather called out for help, and a moment later, as the doorman and the building’s super arrived on the scene, the assailants fled.

The police took a statement, but no one was ever arrested or charged” (http://mentalfloss.com/article/49147/music-history-20-whats-frequency-kenneth).

Dan Rather was at the time the face and voice of CBS Evening News. Later in the same article Demain explains that the man who committed that act of violence was caught:

“The incident was strange, but it got even stranger. In 1994, a North Carolina man named William Tager shot and killed an NBC technician, Campbell Montgomery, outside the sound studio of the Today Show. Tager had tried to enter the the studio with an assault rifle, and Montgomery died in an attempt to block him. Tager was arrested and reportedly told police that the television network had been monitoring him for years and beaming secret messages into his head. He apparently came to NBC looking for a way to block those transmissions.

Tager was convicted of murder and sentenced to 25 years in Sing Sing prison.

His story took a sci-fi twist when he told a psychiatrist that he was a time traveler from a parallel world in the year 2265. A convicted felon in the future, Tager said he was a test-pilot volunteer in a dangerous time travel experiment. If he was successful on his mission, his sentence would be overturned and he would be set free. The authorities in the future kept tabs on him via an implanted chip in his brain. During the examinations, Trager also confessed that he had attacked Dan Rather because he mistook him for the Vice President of his future world, one Kenneth Burrows.”

Apparently, Tager was trying to find the right frequency for his altered reception. What he believed was an alternate reality and acting upon that altered the reality for real people.

Michael Stipe is quoted as calling the attack on Rather “surreal” and “bizarre.” He said,

“It remains the premier unsolved American surrealist act of the 20th century. It’s a misunderstanding that was scarily random, media hyped and just plain bizarre” (https://redice.tv/news/strange-story-behind-r-e-m-s-song-what-s-the-frequency-kenneth).

Hence, came the song “What’s the Frequency, Kenneth?”, the first song released from the album Monster.

And currently we have a lot of the same ingredients – media hype, bizarre stuff, unsolved American surrealist acts with Russian twists, and randomly scary stuff. Even Dan Rather is a part of it and this post is being written in North Carolina where surreal stuff has been occurring nonstop.

Trying to decipher the lines of the song without knowledge of the attack on Rather would still be quite the task in deconstruction.

“What’s the frequency, Kenneth?” is your Benzedrine, uh-huh
I was brain-dead, locked out, numb, not up to speed
I thought I’d pegged you an idiot’s dream
Tunnel vision from the outsider’s screen
I never understood the frequency, uh-huh
You wore our expectations like an armored suit, uh-huh

I’d studied your cartoons, radio, music, TV, movies, magazines
Richard said, “Withdrawal in disgust is not the same as apathy”
A smile like the cartoon, tooth for a tooth
You said that irony was the shackles of youth
You wore a shirt of violent green, uh-huh
I never understood the frequency, uh-huh

But there is a quote by Michael Stipe in Genius that says,

“I wrote that protagonist as a guy who’s desperately trying to understand what motivates the younger generation, who has gone to great lengths to try and figure them out, and at the end of the song it’s completely f***** bogus. He got nowhere” (https://genius.com/Rem-whats-the-frequency-kenneth-lyrics?referent_id=555666#note-555666).

Now while someone may read this and think that it is purely an act of fanboydom, it is rather (pun intended) interesting how small this world really is and how intertwined paths really are.

We just experienced an acrimonious presidential election that saw a divided nation not popularly elect a president who plugs into only certain parts of the media for validation and shuns what others have to say. There was another older man named Bernie Sanders who seemed to vibrate on a different frequency that pulsated with a younger generation, galvanizing them into enough of a frenzy that Hilary Clinton’s ride to the nomination was much less smooth than anticipated.

And it may be safe to say that appealing to younger generation is what anyone who hopes to be in a position to run the country must have. The electorate is getting younger. Just ask the executives at Fox News when they look at the average age of viewers as they scramble to replace Megan Kelly and Bill O’Reilly.

Ask Teresa May what frequency she was plugged into when she made the rash decision to create a special election to bolster her party’s majority in order to negotiate a tough stance on Britain’s exit from the European Union.

All of a sudden she no longer has a majority. Too many younger voters in England on a different frequency.

Didn’t Trump praise the Brits on Brexit? Didn’t Trump go on Alex Jones’s show to praise what he has done?

Since “Pizzagate” Alex Jones has offered a water-down apology for helping to spread the conspiracy theory that helped to lead Welch to almost commit an act of massive violence. More notably, Jones has been embroiled in a custody battle over his own children in a divorce case in which he “admitted” that his persona on his radio show was partially an act to boost ratings.

A fake frequency with an alternate reality that others take seriously and act upon in the real lives of real people.

Ironically, the link between Trump and Dan Rather is strong as Rather very much uses his voice to offer perspective on today’s political climate. Rather has taken to Twitter quite often himself to give his take on Trump’s actions and words. However, while he may provide pointed remarks at Trump, he usually deals with Trump’s inability to listen to different frequencies like when Trump alienates certain parts of the media or starts barking about “fake news.”

Going back to Stipe’s explanation of the protagonist of the song, a couple of words resonate loudly – “desperately” and “bogus.” This country has never had a president who so “desperately” wanted to make people connect with him, but rather than act on what others say or do, he reacts in response; therefore, there comes the eventual disconnect.

That disconnection is both figurative and literal. Look at the approval ratings for Trump starting to hit the mid-to-low 30’s with over 55% of people showing disapproval. That’s a disconnect. And look at the wall, the travel ban, the pulling out of the Paris Accord, and the disastrous trip overseas that cannot be spun enough and people see more disconnection.

Yes, Dan Rather is an old protagonist himself, but he doesn’t ask what the frequency is. He tunes into a multitude of them. He isn’t trying to figure out how to appeal to the younger generations; he’s protecting their right to know the truth and to be themselves.

Freedom of the press is in the First Amendment. And while there will always exist a great amount of spin in what we read, the need for a free press as a means of checks and balances in this country is greater than ever. It gives us a range of frequencies to tune into.

Dan Rather knows that.

Donald Trump is scared of it.

And if you want to argue that the media has too easy a time of being able to sway how people act and think, then it might be time to start talking about investing more in our public education system and teaching critical thinking skills rather than test testing skills.