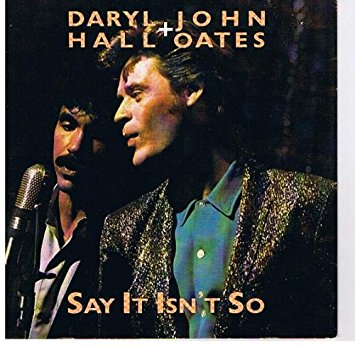 News tonight that you will not seek reelection to the NC General Assembly in 2018 was rather surprising.

With the release of the new legislative maps, there will be a lot of conjecture as to why you saved your news for tonight. Maybe the new maps that were released (because the original ones that you were able to get elected within were gerrymandered) would hurt your chances to get reelected.

Maybe a”doubling” of your district would hurt your chances to gain another term. However, since the person whose district might merge into yours is also a GOP member, it would not really change the ability for your political cronies to keep a hold of the majority.

In a news report by WRAL, you were quoted (from your released statement that is linked to the report),

“As my legislative responsibilities grew over the past five years, so did my responsibilities at home. I feel now is the right time for me to focus more on being a dad than a State Senator, and so I won’t be running for re-election in 2018” (http://www.wral.com/sen-chad-barefoot-won-t-seek-reelection-in-2018-/16893984/).

I am a dad and a husband – best endeavors I have ever undertaken. And I commend your wanting to focus on that part of your life.

You also said in your statement,

“…we knew when I ran for the State Senate six years ago that serving in elected office might not be something we could do for the long haul “(http://myemail.constantcontact.com/Barefoot-Announces-That-He-Won-t-Seek-Re-election.html?soid=1108923576284&aid=wvpuuGTP42M).

But I am going to honest with you. I don’t believe that you are simply going away into the private sector. You will be back in some capacity.

Someone who was part of probably the most expensive state legislation races, who has become a co-chair of two of the most powerful committees in the NCGA, and who single-handedly has crafted some of the most altering legislation to “reform” public education is simply going to leave that behind?

I don’t believe it.

When Sen. Phil Berger said in the WRAL report, ““We’ll miss Chad’s thoughtful leadership in the Senate, but I commend him for choosing to spend more time with his young family and wish him every success,” I heard something else.

I heard, “We are grooming Chad to become better acquainted with other aspects of state-run agencies so that he can be of service to the NC GOP.”

Whether that means state-wide political office (consider that Lt. Gov. Dan Forrest is already ramping up a campaign for governor) or an appointment to a state job in some sort of educational venue (community college?), I am sure that you will be back in a position of lucrative service.

The man who brought us SB599 (alternative teacher pathways), proposed to end Governor’s School and launch a special “Legislative School”, helped slash budgets for DPI, and held “specials” hostage through HB13 is not simply going away that quickly.

Even if you did simply cut ties with political endeavors and state-wide office seeking, you could never really leave. That’s because in your short tenure, you have left an incredibly big scar on public education that will take years to heal because so many actions that have affected us in public schools have your fingerprints all over them. Things like:

And for that, I will keep writing to you.