Since we are nearing the holiday season, I tend to think of this part of Dickens’s classic holiday novella.

“At this festive season of the year, Mr. Scrooge,” said the gentleman, taking up a pen, “it is more than usually desirable that we should make some slight provision for the Poor and destitute, who suffer greatly at the present time. Many thousands are in want of common necessaries; hundreds of thousands are in want of common comforts, sir.”
“Are there no prisons?” asked Scrooge.
“Plenty of prisons,” said the gentleman, laying down the pen again.
“And the Union workhouses?” demanded Scrooge. “Are they still in operation?”
“They are. Still,” returned the gentleman, “I wish I could say they were not.”
“The Treadmill and the Poor Law are in full vigour, then?” said Scrooge.
“Both very busy, sir.”
“Oh! I was afraid, from what you said at first, that something had occurred to stop them in their useful course,” said Scrooge. “I’m very glad to hear it.”
“Under the impression that they scarcely furnish Christian cheer of mind or body to the multitude,” returned the gentleman, “a few of us are endeavouring to raise a fund to buy the Poor some meat and drink, and means of warmth. We choose this time, because it is a time, of all others, when Want is keenly felt, and Abundance rejoices. What shall I put you down for?”
“Nothing!” Scrooge replied.
“You wish to be anonymous?”
“I wish to be left alone,” said Scrooge. “Since you ask me what I wish, gentlemen, that is my answer. I don’t make merry myself at Christmas and I can’t afford to make idle people merry. I help to support the establishments I have mentioned—they cost enough; and those who are badly off must go there.”
“Many can’t go there; and many would rather die.”
“If they would rather die,” said Scrooge, “they had better do it, and decrease the surplus population. Besides—excuse me—I don’t know that.”
“But you might know it,” observed the gentleman.
“It’s not my business,” Scrooge returned. “It’s enough for a man to understand his own business, and not to interfere with other people’s. Mine occupies me constantly. Good afternoon, gentlemen!” 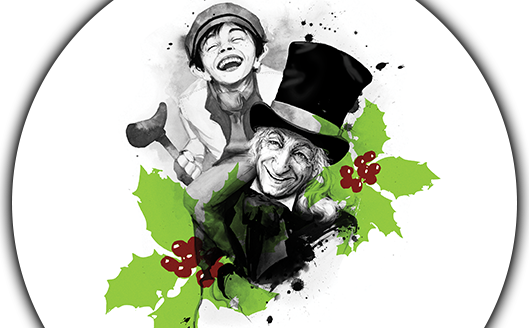 The above passage from A Christmas Carol also comes to mind any time I hear elected officials talk about the role of government and the role of individuals in a nation that professes to be Christian in its founding and in its morals.

Below are three statements made directly by elected officials or posted on their official websites concerning morals and values. I am most interested in their use of the term “pro-life.”

“I believe strongly in the sanctity of life, and I have had the privilege of seeing many pro-life bills passed during my time in office. I am committed to standing up for the most vulnerable among us.” – Dan Forest, Lt. Gov. of NC

“A pro-life and pro-traditional marriage Senator who believes in religious freedom, Senator Berger has fought to protect the unborn and the rights of magistrates and government officials who choose to opt out of gay marriages or other ceremonies because of religious objections.” – philberger.org

“After 30 years of work on pro-life legislation, we were able to produce significant advances for the protection of the unborn and their mothers.  We ended tax funded abortions and sex selection abortion.  We authorized regulations to protect the health and safety of women at clinics. The Woman’s Right to Know Act with its 72 hour waiting period is reducing abortion rates by about 25%.” – Former Paul “Skip” Stam from paulstam.info

It is easy to confine the labels “pro-life” and “pro-choice” to the arena of unborn children. But the issue of abortion is not really the subject of this post.

Why? Abortion is too big of an issue to tackle in a personal essay and I am certainly not convinced that declaring yourself “pro-choice” automatically means that you condone abortion in any situation. Life throws too many qualifications into its equations to make all choices an “either/or” choice.

When my wife and I received a pre-natal diagnosis that our son had Down Syndrome, we were fortunate enough to be able to talk to a genetic counselor at Wake Forest Baptist Hospital. The state of North Carolina had at the time in its laws stated that an abortion could not be performed after a certain date in a woman’s pregnancy. If we had chosen to have an abortion, we would have had to make that decision in a rather small amount of time.

We did not seek an abortion; it was not an option for us, but it was rather surreal to receive phone calls from health providers talking about that option because they had to legally inform us of our rights/options/legal restrictions. You might be shocked to know the percentage of people/couples who choose to abort with the information we had. I was.

It’s 93%. That’s right. 93%. And I am not about to judge those who did choose what is legally their right in the eyes of the law. There are too many variables in lives that I do not live to run around and make judgement calls.

We had Malcolm and I would not trade anything for the experience of being his parent. Anyone who knows me and my family can testify to that. But he is no longer “unborn.” He is now in our world among others who need help to lead fulfilling lives.

However, I do get rather irritated when the terms “pro-life” and “pro-choice” are used in such a polarizing fashion, especially for political gain. And when I see the above three statements by prominent politicians, I do not necessarily sense a “pro-life” message as much as I sense an “anti-abortion” message.

Because “pro-life” means so much more than that.

Why are we not protecting the lives of those who are already born? I feel that being “pro-life” is not a matter reserved for the issue of abortion and the unborn, but should include those who are living and need help.

If you are “pro-life” then it would make sense that you would look to the welfare of those who cannot necessarily defend themselves without help like the “children, the elderly, and the sick.”

Is it not ironic that many who ran on a strict “pro-life” platform seem to be in favor of privatizing or redefining the very services that help sustain the lives of those whom they claim to champion.

Think of Medicaid that my own son has been on the waiting list for because he will need its services earlier than most people. If it becomes privatized, it may jeopardize his chances of getting the help he needs when he gets older. Within the state of North Carolina, not expanding Medicaid affects many “children, the elderly, and the sick.”

Nationally speaking, think of Obamacare that insures many who would not be eligible if such a plan was not in place. While it is anything from perfect, it has insured many people who were never insured before. And have the parties in charge of the government offered anything else except “free-market?”

Think of our responses to Puerto Rico and the Virgin Islands.

Think of the use of tax payer money to fund vouchers and charter schools that are actually privatizing public schools all in the name of “choice” when there should be a push to fully fund all public schools and provide for their resources because public education is a public service and not a private entity.

Dan Forest once said in reference to the HB2 debacle, “We value our women too much to put a price tag on their heads.”

But hasn’t some of the “choices” that have been made by those in power been made because there was some sort of price tag on it?

It seems that many of the politicians who claim to be hardline “pro-lifers” are helping to privatize the very institutions that are giving “life” to many individuals. And they are doing it in the name of free-markets, where people are supposed to be able to choose what they want hoping that the “market” controls prices and quality.

How ironic that many politicians who proclaim to be “pro-life” become “pro-choice” when it pertains to those who are already born.

I would have a hard time thinking that Jesus would call himself “pro-life” and allow for big banks (look at what Wells Fargo did) and pharmaceutical companies (think of EpiPens) to literally control prices and the market without a fight.

I would have a hard time thinking that Jesus would have been willing to allow public money to fund private entities without input from the public itself.

I would have a hard time thinking that Jesus would not confront politicians and call them out for their hypocrisy in not defending or helping take care of those who needed aid.

The Jesus I know called out the Sadducees and the Pharisees for their self-righteous ways.

The Jesus I know did not canvas for votes. He came to help all of us no matter race, gender, or physical ailment.

The Jesus I know preached and practiced the Golden Rule in the very places where many who profess to help would never set foot.

Growing up Southern Baptist in a region of the country known as the Bible Belt, I was constantly (still am) confronted with the question, “When you meet your Maker after you die, how will you answer for your actions?”

Yet the more I think of it, there might be another more important question that will require an answer from me and from all of us, especially those who have the power to positively affect the lives of people. That question is “What will you say when you meet your Maker and you are asked to answer for your lack of action?”

Back to Dickens. When Scrooge asked Marley’s ghost, who practiced an incredible amount of selfishness in life, about his afterlife, he was treated to a very terse lesson in what it meant to be “pro-life.”

“Oh! captive, bound, and double-ironed,” cried the phantom, “not to know, that ages of incessant labour by immortal creatures, for this earth must pass into eternity before the good of which it is susceptible is all developed. Not to know that any Christian spirit working kindly in its little sphere, whatever it may be, will find its mortal life too short for its vast means of usefulness. Not to know that no space of regret can make amends for one life’s opportunity misused! Yet such was I! Oh! such was I!”
“But you were always a good man of business, Jacob,” faltered Scrooge, who now began to apply this to himself.
“Business!” cried the Ghost, wringing its hands again. “Mankind was my business. The common welfare was my business; charity, mercy, forbearance, and benevolence, were, all, my business. The dealings of my trade were but a drop of water in the comprehensive ocean of my business!”

When you become an elected official, then your business is humankind. That’s being “pro-life.”