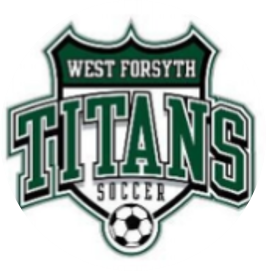 If you know anything about sports here in the Triad area, then you understand the high level of competition within the high school realm. Traditionally soccer games between the ladies of West Forsyth and East Forsyth are more than competitive – they are glimpses of potential playoff games.

While I am certainly biased toward my Titans, I know the tradition and strength of the East program. Their coach is of the highest caliber and I had the privilege of teaching with him to begin my career.

I imagine it may be hard to explain, but have you ever seen a game in which there was a winning team, but the other team didn’t really lose? Watch one of the games between East and West. It is a rivalry in which both teams come out better.

What is most heartening as a West fan is that this team has had to be shuffled around on the field in response to injuries. And what marks a great team is seeing how these young ladies have been more than willing to switch positions in order to make the team stronger.

When teammates prioritize team over stats, then great things happen – like winning a conference opener on the road against a very strong team.