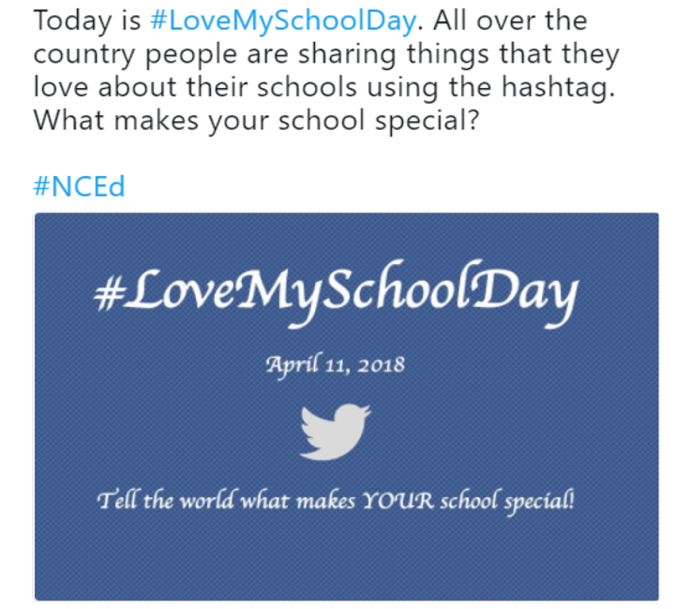 But isn’t everyday a #LoveMySchoolDay ?

If Johnson really wanted me to share “things that I love about my school,” then it seems that he would be willing to fight for those things, especially in light of what has happened with public schools in the hands of this NC General Assembly and its cronies (like Johnson).

But I do know that there are things that I do not like about how my school and other traditional public schools are treated by the North Carolina General Assembly. I can share that with Johnson with my own hashtag, #fightformyschool.

Why? Because he should have lots of ways to show #WhyHeLovesOurSchools.

On his personal webpage as state superintendent, Johnson remarks,

…having served as a teacher, an education leader, and as a father of a young daughter soon to start school, improving education in North Carolina is a personal mission for Johnson (http://www.ncpublicschools.org/statesuperintendent/).

Seems like he would be more than willing to involve himself in movements that would help teachers, students, and schools.

On May 16, there will be a March for Students and Rally For Respect event in Raleigh.

This would be a great opportunity for Johnson to meet with teachers, students, and advocates and get a first hand account of why May 16th is also a #LoveMySchoolDay.

In fact, if he shows up I will eat a dozen doughnuts right then and there.