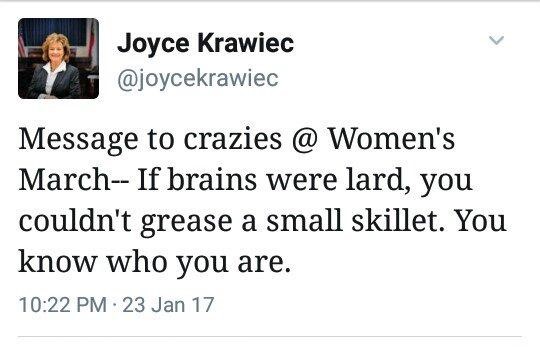 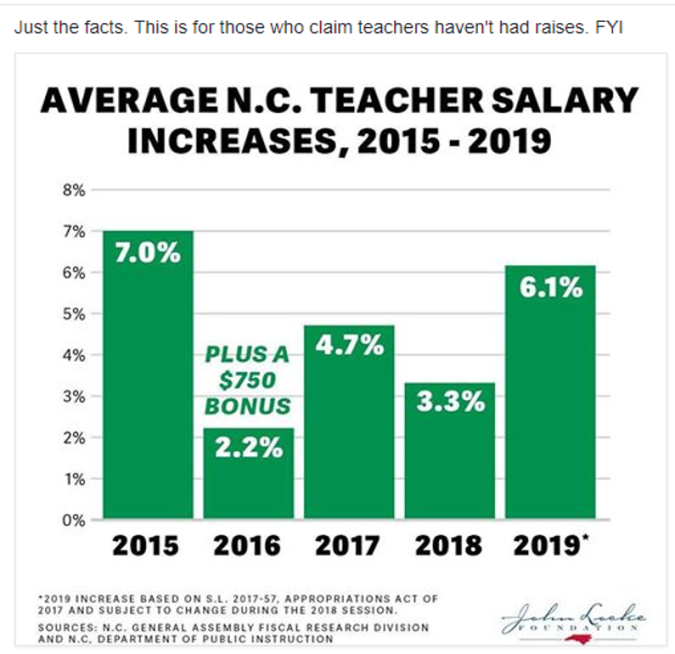 It would have been nice if she clarified that with some more information like what happened to the longevity pay for veteran teachers or the increase in premiums for benefits to name a couple or the fact that only newer teachers got the overwhelming majority of those raises.

It would also have been nice of her to explain that bonuses do not work that simply. She should have also shown how much of that was taxed because it is not tied to salary.

IT WOULD REALLY BE NICE IF THE SENATOR COULD EXPLAIN HOW AFTER ALL OF THOSE “RAISES” THE STATE OF NORTH CAROLINA IS NO CLOSER TO BRIDGING THE GAP BETWEEN NC TEACHER PAY AND THE NATIONAL AVERAGE – STILL AT %16.

But that would require her answering more pertinent questions that may spark debate and actual conversation and Krawiec and her contemporaries have shown this session that open dialogue, debate, and a chance for amending budgets scares them. Just look at the nuclear option being used in Raleigh to pass the budget.

It was nice of her to acknowledge the data table as being from the John Locke Foundation which is financed by Art Pope who was the budget director for Pat McCrory when that “historic” trend of raises came along in 2014 that took out longevity pay.

What Krawiec wants to hide behind is an “average bear” fallacy.

It is the claim by the senator and others that NC has given some of the highest “average” raises in the country. They also claim that the “average” salary of teachers in the state will be over $51,000 next school year.

The operative word here is “average.” What GOP stalwarts purposefully fail to tell you is that most of the raises have occurred at the very low rungs of the salary schedule. Of course, you can raise the salary of first year teachers by a few thousand dollars and it would give them an average raise of maybe 10-15%. You would only have to give veteran teachers a very small raise (if any) funded by longevity pay (which teachers no longer get) and the OVERALL average raise still looks good, and not much money has to be invested.

“Average” does not mean “actual”. Actually it’s like an average of the average. But it sounds great to those who don’t understand the math.

This reflects a whopping double standard of the NC General Assembly and a total contradiction to what is really happening to average teacher pay. Just follow the logic that Krawiec doesn’t use and see if it makes sense.