First, I will ask you to read the article the Dr. Ravitch has on her post. It is below. Secondly, I  will ask you to read a post from January of 2017 from my blog about when BESTNC brought in Michelle Rhee to talk to legislators about education in a closed door session without press and without teachers. Needless to say that Rhee might have been touting PROJECT IMPACT (An Open Letter to BEST NC Concerning Meeting With Michelle Rhee -Every Public School Teacher Needs To Be Aware Of This). 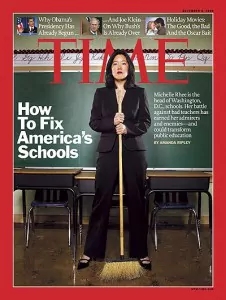 Michelle Rhee always boasted about how many teachers she fired. She was sure that “bad teachers” were the root of the low academic performance in D.C. She loved her IMPACT program, which weeded out teachers, and many good teachers were fired and went elsewhere, where they were not ineffective.

Here is one teacher who fought back and won. It took nine long years, but he won. Michelle Rhee ruined his life.

For nine years, Jeff Canady lived in a cash-strapped limbo. The D.C. Public Schools teacher was fired in 2009 after 18 years in city classrooms, the school system deeming him ineffective.

Canady, 53, contested his dismissal, arguing that he was wrongly fired and that the city was punishing him for being a union activist and for publicly criticizing the school system.

For nearly a decade, Canady, jobless and penniless, waited for a decision in his case — until now.