There has never been any empirical evidence that the vouchers actually work. Maybe voucher proponents would like to point to NC State’s study last year, but that study ultimately did not make conclusions on the veracity of the vouchers. In fact, it said that the Opportunity Grants need much more research as it is hard to assess the program.

Or they might point to “satisfaction surveys” like Joel Ford of PEFNC did in an op-ed on EdNC.org. If that is the only variable by which they can measure the effectiveness of the grants, then that is absolutely weak.

And it has been shown that Opportunity Grants have heavily been used in nontransparent religious private schools. Furthermore, not even half of the funds for the vouchers have been awarded, yet the NCGA keeps putting more money into this reform.

In the 2017-18 school year, 7001 students attended 405 private schools at a cost of $20.3 million. The largest cohort of Opportunity Scholarship recipients attended a single religious school in Fayetteville, with those 201 students making up more than half of its student population. The largest dollar amount, $451,442, went to Liberty Christian Academy in Richlands, NC where 122 of the 145 students are voucher recipients. The 2018-2019 Budget Adjustments bill increased funding for the Opportunity Scholarship program from $45 to $55 million.

North Carolina’s ISD is run by an out-of-state for-profit charter chain. To date it has only  school and it just got its third superintendent and its second principal – after only one full year in operation.

It is not a success by any stretch of the imagination.

Here is the most recent growth rates and grades for subsets for that ISD school.

The current ISD here in NC has been in existence for over three years. It has not worked.

This past January, Kris Nordstrom published an article that openly showed this data.

And there is substantial evidence that charter schools are more segregated than traditional public schools.

The Excel spreadsheet in the previous post lined to above is a list of every charter school that exists now in this state that had a school performance grade attached to it for the 2018-2019 school year. It is cross-referenced to the last full school report card it has on record from the 2017-2018 school year.

According to that data table in that post which includes 173 charter schools,

NC is the only state that puts more emphasis on proficiency than growth and counts proficiency for 80% for a school performance grade. NC weighs proficiency at least 30% more than the next ranking state.

And North Carolina’s school performance grades are a confirmation that student poverty levels have so much to do with how schools perform.

There are two virtual charter schools that have not very well in the past, but were renewed by the state for another four years and championed by Mark Johnson.

Here are their grades and growth by subset groups.

Since it’s inception as a copy of a failed Jeb Bush initiative, Read to Acheive has not worked. In fact, it has had the opposite effect.

Oh, and that whole iStation debacle? It pertains to Red to Achieve.

Like many other endeavors in the reform minded views of lawmakers, the NC ESA is highly unregulated. It is crafted much like Arizona’s program and that one has been highly abused because it is not regulated. Instances of using funds for non-educational purchases were not uncommon.

Also, if you look at the requirements, using the ESA “releases the school district from all obligations to educate the student.” That can be interpreted in a few different ways, but ultimately it absolves the school system from being responsible for the services it would have already provided if the ESA was not used. An IEP would cover it, if that IEP was constructed so.

Furthermore, it would seem like taking money away from other students in a state where per-pupil expenditure still rates in the bottom rungs in the country.

8. SB599 and Other Teacher Recruitment Initiatives – 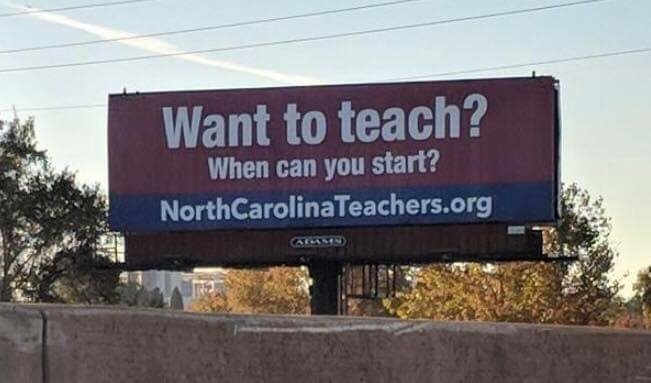 Whatever or whoever could have put North Carolina in a situation that would create a teacher shortage in our public schools?

The answer is easy: the GOP majority in the North Carolina General Assembly.

The shortage of teacher candidates that schools of education have experienced is a symptom of a deeper problem. A bill like SB599 is a thinly veiled attempt to further allow for-profit companies like Texas Teachers of Tomorrow to take North Carolina tax money and place pseudo-qualified candidates into our classrooms.

And now we have TeachNC.

At one time, I wrote Sen. Phil Berger about why bonus pay does not work and I had received a bonus because of how my students performed on AP tests. I listed the following ten reasons:

Of course Berger did not respond. 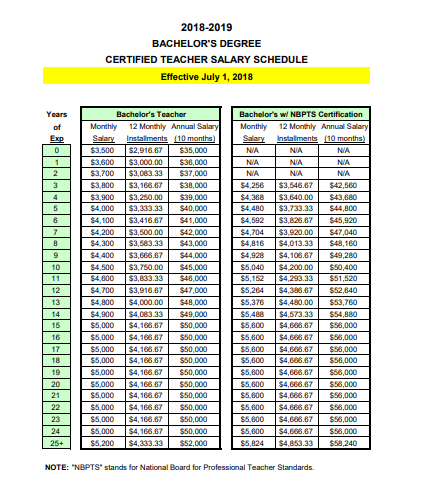 Any teacher new to the profession in the last four years would never be on the second schedule because newer teachers are not allowed a pay bump for graduate degrees. Notice how the salaries also plateau after year 15.

There is no longevity pay included as it does not exist for teachers any longer.

And remember that the average pay that people like Mark Johnson, Phil Berger, and Tim Moore like to brag about includes local supplements that the state is not responsible for. 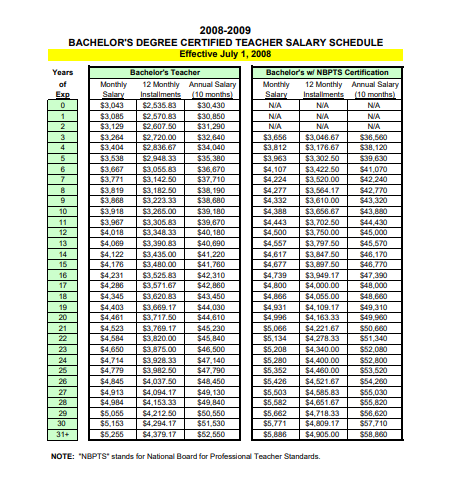 Ten years ago each salary step would have had an increase in pay.

All teachers, new and veteran, would have had graduate degree pay ten years ago.

All veteran teachers would have received longevity pay ten years ago above and beyond what the salary schedule said.