They fight for public schools. 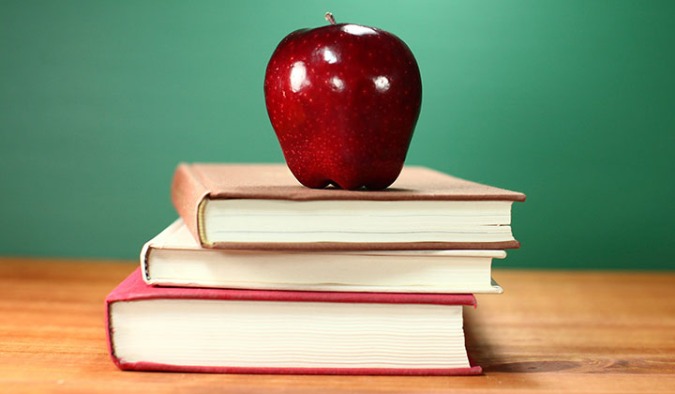 And veteran teachers scare the hell out of people like Phil Berger and Tim Moore.

The powers that rule in the North Carolina General Assembly under Berger and Moore have been waging a war against public schools in our state for the last eight years. Under the guise of “reform,” GOP ultra-conservatives driven by ALEC-crafted policies have successfully enabled and instituted privatization efforts in many forms: unregulated charter school development, expansive growth of unproven vouchers, underfunding traditional public schools, and even propped an educational neophyte as state superintendent who has passively allowed the very department that is set to protect public schools to be heinously undercut.

These calculated moves against public schools in North Carolina might signal the ultimate goal in overhauling education in the Old North State – the systematic elimination of the veteran teacher.

Let me rephrase that.

A gerrymandered lawmaking body has passed budget after budget further indicating that many lawmakers in Raleigh will go to any length to poach the educational profession of veteran teachers.

In the last eight years, new teachers entering the profession in North Carolina have seen the removal of graduate degree pay bumps and due-process rights. While the “average” salary increases have been most friendly to newer teachers, those pay “increases” do translate to causing veteran teachers to have to make career-ending decisions rather early in their careers.

Without promise of much pay increase and no graduate degree pay bumps, those future veteran teachers may have to leave a profession they not only excel in and love, but serve as models for younger teachers to ensure professional integrity, the kind that was allowed to shine in a North Carolina of yesteryear when Republican governors and lawmakers were in the forefront of making sure public schools were a strength. And those teachers will not have due-process rights that would allow them to speak up about issues like compensation for fear of reprisal.

The taking away of retiree state health benefits for teachers hired after January of 2021 is another step to create a system where students are more or less taught by contractors because the endangered species known as the “veteran teacher” will come to the point of extinction.

That whole idea of getting “the state more in line with perks private-sector employees get” might be one of the most misleading mantras that rules the mindsets of these lawmakers and education reformers. Why make a public sector service run like a business when public schools aren’t allowed to be businesses? If that were a reality, then schools could treat lawmakers like a Board of Directors of sorts and then rally to oust them at any time beside election years.

If a lawmaker wants to argue that public schools should run like a business and that teachers, staff, and administration should be treated like private-sector employees, then that lawmaker might need to look at the converse and see how unrelated those two entities really are. In fact, I would invite any lawmaker who favors this budgetary move to try and see if he/she could run a business like a public school. Maybe the differences between a public service and private enterprise might become more apparent because one is not even comparing apples to oranges. One is comparing apples to rocks.

Right now, we are not attracting the best and brightest. Just look at the past eight years and see what has been done to make teaching an unenviable career in North Carolina. This NCGA is making sure that anyone who may want to teach in North Carolina in the future will not stay in the profession for long.

Sen. Chad Barefoot’s 2017 bill called SB599 should then not be so puzzling. Bringing in alternate teacher-preparation programs that can be controlled by the state weakens the profession overall. This bill was supposedly introduced to help with the shortage in teachers. Why would we have a shortage of teachers?

Rather, why do we have a shortage of people who want to be teachers?

That’s not a rhetorical question.

If the trends stay in place and we as a state do not replace those in Raleigh with lawmakers who will fully fund public schools and reinstate the very items that attract the best and brightest, then we will literally make the North Carolina veteran teacher an extinct entity.

Just look at the use of a “nuclear” option to pass last year’s budget without open debate or chance for amendment. That budget supposedly had more raises for teachers, just not for veteran teachers who have served this state for over two decades. If there is one thing that many GOP lawmakers like Berger, Moore, and others of their ilk (who don’t have term limits) despise more than veteran public school teachers, it’s open dialogue that may expose their hypocrisy.

And they sure as hell don’t collaborate unless it is in a locked room with only those of like opinions.

And we will fight.

2 thoughts on “The NCGA Is Creating A Shortage Of People Who Want To Be Teachers – Here’s Why.”