In 2011 North Carolina got a super-majority in the NC General Assembly and the rise of Sen. Phil Berger as the most powerful lawmaker in the state. Then we got the removal of due-process rights, graduate degree pay bumps removed, less per-pupil expenditures, vouchers, unregulated charter school growth, school performance grading system, class size cap removed, etc.

And then came the 2016 election of Mark Johnson and a special session in late 2016. It was supposed to be for hurricane relief after another busy storm season.

With the effects of House Bill 17 from the surreptitious special session of December in 2016, Mark Johnson became the most enabled incoming state superintendent in state history. He gained powers that even his predecessor did not possess one-half the magnitude of.

DPI got reorganized. The State Board of Education got less control over the state’s public school system.

And Phil Berger got his puppet.

Below is what DPI’s organizational chart was prior to the new reorganization. 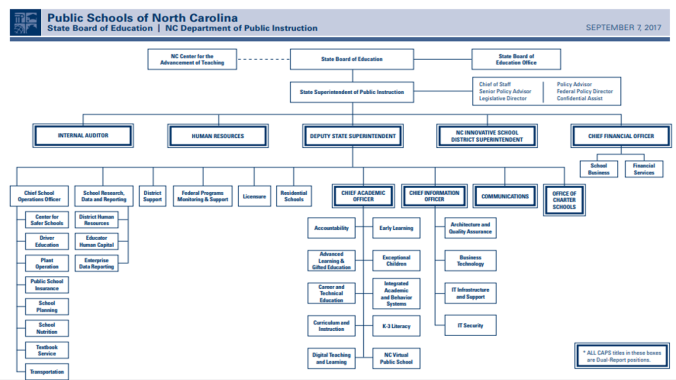 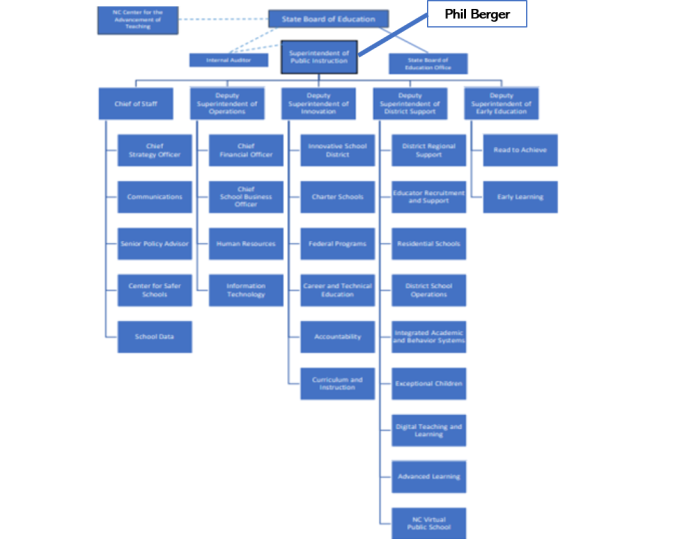 But Mark Johnson will not be the state superintendent after this term. In fact, he will not be in Raleigh. If this teacher has his way, Jen Mangrum will be the new NC State Super.

And Phil Berger fears Jen Mangrum. She forced him to actually campaign in his 2018 state senate race in a district that if it had not been redrawn, Mangrum could have won. She scared the hell out of him. She met every ill-conceived obstacle he threw at her head on and she overcame. In the final month of the campaign season, Berger resorted to an old method of electioneering: hyperbole mixed with appeals to unfounded fears.

And the worst part? No Oxford comma!

That message sent by Berger was one of fear – the fear that the voters in his district might have seen through his empty rhetoric and partisan actions and voted for someone who actually will represent all people.

Interestingly, the word “mob” can be looked upon in a few different ways, but in many instances it is a group of citizens galvanized for immediate action. And that mob just might put Jen Mangrum in the state superintendent’s office with the power that was originally designed for Mark Johnson.

And there is no super majority for Berger to call a special session and allow him to reverse the effects of HB17 at his will.