With just days remaining in the N.C. General Assembly’s short session, leaders on the Senate Education Committee have given their approval to achievement school districts, a GOP-backed model of school reform that may clear for-profit charter takeovers of low-performing schools.

Committee Chair Jerry Tillman, a Republican who supports the measure, declared the “ayes” to have won the vote Friday, although to some listeners, the voice vote appeared to be evenly split or favoring the opposition.

House Bill 1080, the long-gestating work of Rep. Rob Bryan, a Republican from Mecklenburg County, will allow state leaders to create a pilot program pulling five chronically low-performing schools into one statewide district. From there, the state could opt to hand over control of the schools, including hiring and firing powers, to for-profit charter operators.

“They will make great growth,” declared Tillman. “That’s a fact.”

Other critics pointed out a similar system in Tennessee had not produced better academic results. But Sen. Jerry Tillman, R-Randolph, said the Tennessee plan tried to do too much, too quickly.

“These models have worked and will work if you don’t go too big,” Tillman said. “These schools will do a great job for these kids. It’s something we need to try.”

Let’s clarify a couple of things:

And the this happened right before the school year started:

The state program designed to turn around North Carolina’s lowest performing schools is now without a superintendent or a principal.

That’s the opening line from an article posted in the News & Observer (July 2019) entitled “NC program to take over low-performing schools loses superintendent and principal.”

An “innovative” school district run by an out-of-state for-profit charter chain that employed the former NC rep who pushed it through the NCGA with a voice vote presided over by Sen. Jerry Tillman that has only one school will was already on its third superintendent and its second principal – after only one year in operation.

So, Sen. Tillman, how is this working for you? 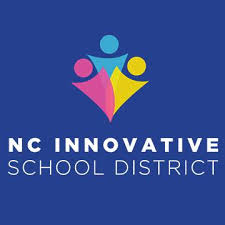