Gov. Pat McCrory’s legacy was just sealed with his signing of the bill called House Bill 17 into law. 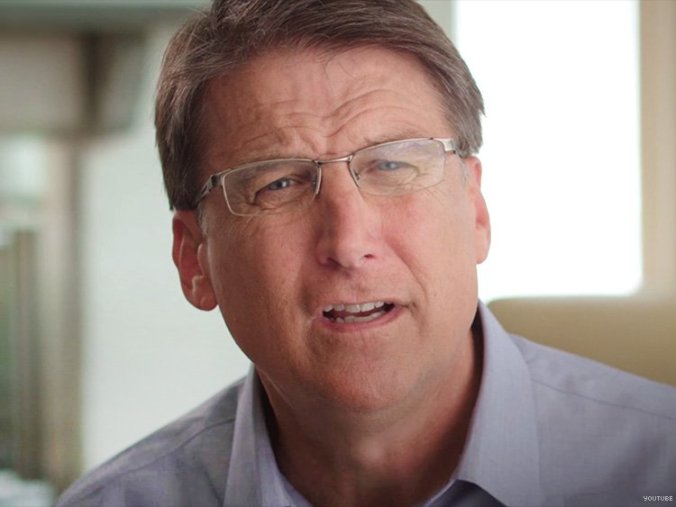 It literally strips a lot of power from his successor, Democrat Roy Cooper.

And earlier today he called another special session for December 21st for the “repeal” of HB2.

“Governor McCrory has always publicly advocated a repeal of the overreaching Charlotte ordinance. But those efforts were always blocked by Jennifer Roberts, Roy Cooper and other Democratic activists,” said McCrory spokesman Graham Wilson. “This sudden reversal with little notice after the gubernatorial election sadly proves this entire issue originated by the political left was all about politics and winning the governor’s race at the expense of Charlotte and our entire state. As promised, Governor McCrory will call a special session.”

Such a statement marks a remarkable turnaround from the explanation for HB2 given during the Chuck Todd interview on Meet the Press last March.

And remember the “Common Sense” ad from the campaign? Here it is – https://www.youtube.com/watch?v=hniBMPPN3hM. So he will call a special session to repeal a law that was to protect our children statewide from an ordinance that was passed in one city against the discrimination of the LGBT community?

Amber Phillips’s Dec. 19th column “North Carolina’s outgoing GOP governor just stuck it to his Democratic successor” for The Washington Post’s political blog The Fix does a great job of showing how both the calling of a special session to repeal HB2 and the signing of the HB17 bill may have one common denominator – to throw mud at Roy Cooper (https://www.washingtonpost.com/news/the-fix/wp/2016/12/19/north-carolinas-outgoing-gop-governor-just-stuck-it-to-his-democratic-successor/?utm_term=.209cba33427a) .

“So, are the two related — Cooper’s loud proclamation the bathroom bill would be repealed, and McCrory’s decision to sign legislation to limit Cooper’s power? It’s unclear.

But until Monday evening, it wasn’t even clear whether McCrory would sign this last-minute bill that limits his successor’s power.

He kept his head down last week while his party in the state legislature rushed through two bills aimed at reducing the governor’s influence in state government, the judicial branch, the education system and elections oversight, all while strengthening the GOP-dominated legislature’s influence in all those areas. In McCrory’s statement, he pushed back against some proposals to limit the governor’s power even further, like by moving major departments out of the governor’s authority and court-packing the state Supreme Court.

But he wasn’t opposed to it all. On Friday, McCrory signed legislation that would effectively give Republicans control of the state Board of Elections during election years. (The bill also contained a provision approving his chief of staff’s wife to the Industrial Commission.)

McCrory said nothing on the other, more controversial proposal until he announced Monday he decided to sign it, releasing one statement publicly — and sending another, unspoken message to his successor.”

They are related. To those outside of North Carolina, the idea that Charlotte and/or Roy Cooper is responsible for all of this is ludicrous, but to the McCrory camp it is a comforting slippery slope that rivals any Direct TV commercial from their ad campaign from a couple of years ago.

It defies logic. It defies reason, but it sounds like a sore loser who blames others for his misfortune. And now Roy Cooper has something that McCrory does not have anymore because McCrory did not do a good job.

Actually, those are sour grapes.

A pair of them.