In May of 2014, Lt. Gov. Dan Forest helped to craft legislation to create a North Carolina Education Endowment Fund that would allow for tax deductible contributions to be made for supporting teacher pay.

One of the initiatives of the fund was to sell specialty license plates. As reported in a Feb. 2015 News & Observer post by Colin Campbell,

Lt. Gov. Dan Forest needs at least 500 people to sign up for “I Support Teachers” license plates, part of his effort to fund teacher raises through private donations.

Forest announced last May that he’s creating the North Carolina Education Endowment Fund, which will allow individuals and corporations to receive tax deductions for supporting teacher pay. The fund also plans to raise money by selling specialty license plates, but Forest must first reach the state’s requirement of 500 paid applications seeking a plate.

“This is not only an opportunity to raise money for great teachers, but also an opportunity to let all our teachers know we appreciate their service,” Forest says in a video posted this week. “The ‘I Support Teachers’ license plate initiative is the first step toward creating a sound foundation for the North Carolina Educational Endowment and planning for the future of teaching excellence in North Carolina through an innovative and self-sustaining fund” (http://www.newsobserver.com/news/politics-government/politics-columns-blogs/under-the-dome/article10873850.html). 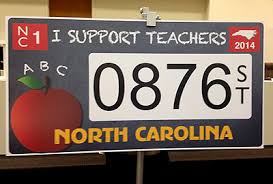 Oddly enough, I have not seen one on the roads of North Carolina.

That’s because the demand never reached 500 to start the production. You can look on the NC DOT site for ordering license plates and see all of the options. “I Support Teachers” is not there (https://edmv.ncdot.gov/VehicleRegistration/SpecialPlate#term=All Plates).

But while you are on that site you can actually make personalized plates in a virtual sense and see if it is available to purchase and use for your own vehicle.

So, if Lt. Gov. Dan Forest is really still serious about this initiative, then maybe he could be one of the first 500 people to register for the plate. In fact, there are several options that Forest could use to not only support teachers, but also personalize his “I Support Teachers” license plate with unique identifiers just for him.

And note, these are AVAILABLE! These personalized plates are legal and can be used.

If only the Lt. Gov. would follow through on his own initiative. 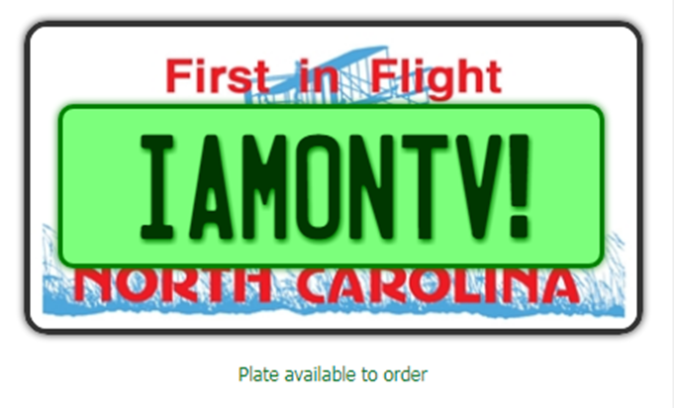 If you did not know, Forest literally has his own television studio in his office that was supposedly funded by a 501(c). And it appears that it may be a violation of ethics. Consider these reports:

But even if it is illegal, the fact that he has his own television studio is pretty neat. Teachers can’t get new textbooks, but this politician has a studio. Maybe that 501 could have donated the money used to give a studio to Forest to the endowment fund? 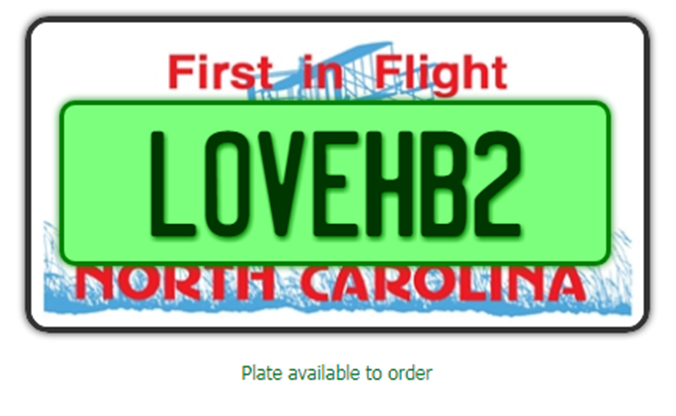 Of course this plate makes sense. No one advocates this farce of a law more than Forest. He even went to Texas to brag about it.

Remember when Forest had DPI reissue a report on charter schools in 2016 because it was not “positive” enough?

Remember that Forest was instrumental in starting two virtual charter schools in NC that were run by for-profit entities? In fact, they are doing so poorly  that they are asking for more money – money that could have gone into the “endowment fund” – http://www.ncpolicywatch.com/2017/11/08/stay-despite-poor-scores-critics-profit-virtual-charter-school-seeks-blessing-state-officials/. 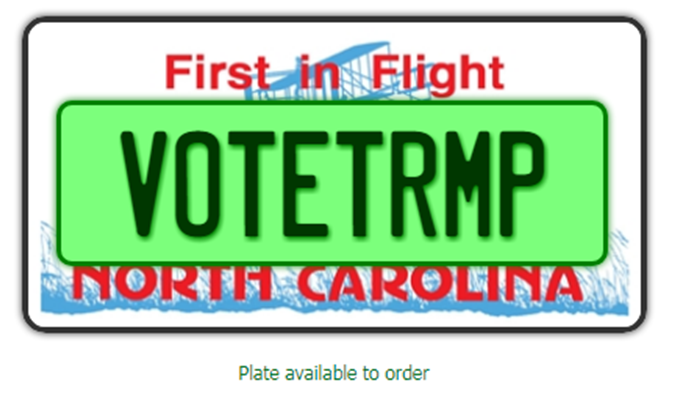 Yep. He stumped for Trump here in NC. 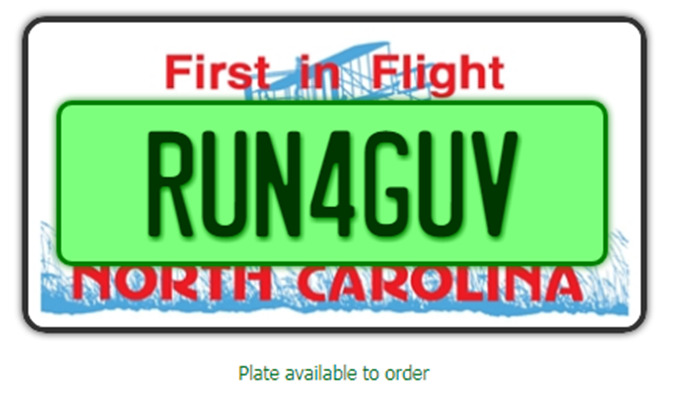 And yes. He will run for governor in 2020. In fact, he is actually campaigning now which leads us to the last plate… 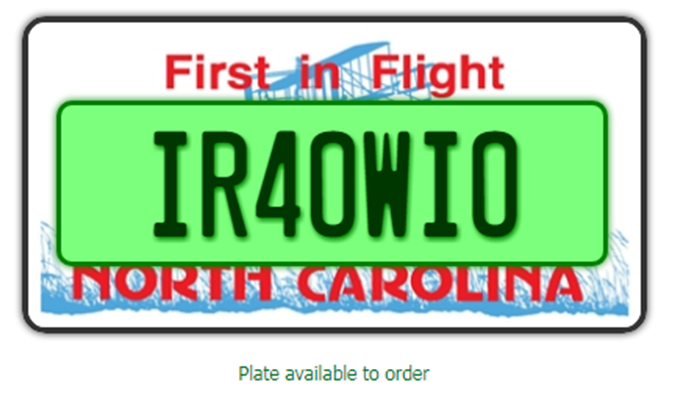 IR4OWIO = I Run For Office While In Office.

Thanks for the support, Dan.