Today’s ruling in the Common Cause vs. David Lewis lawsuit over district lines drawn for state legislative races could be one of the greatest victories in the almost nine-year fight against the education reforms that have been tearing away at NC’s public education system.

In making it mandatory that new district maps be drawn soon for the 2020 elections, this ruling will hopefully give pro-public education candidates a more solid and fair chance of being elected.

This Petri Dish can then be cleaned. 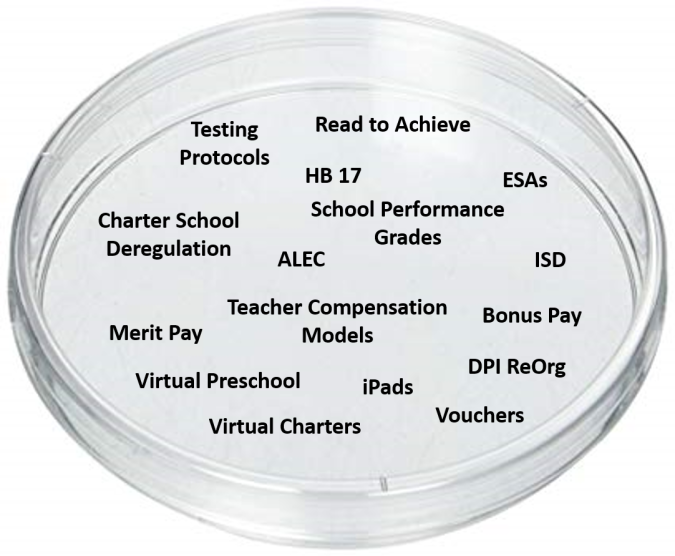 And maybe there won’t be a puppet of a state superintendent.