Horn is an almost eight-year veteran of the Air Force. After that, he made his living as a food broker, retiring in 2002 from his business which he says was the largest food broker in the country at the time. When he retired, he worked with big names such as General Mills, Butterball, and ConAgra. Horn said the role of state superintendent is primarily a managerial one, and that is something he has a lot of experience with. – EdNC.org, October 24, 2019.

As a teacher of 21 years, I can honestly say that what we need in the office of state superintendent is an educational leader who is not afraid to openly fight for the public school system and understands innately that the most foundational aspect of true education is the student/teacher relationship.

Craig Horn thinks that a state superintendent is primarily a manager.

That’s not being a leader. 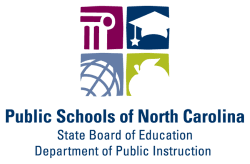 2 thoughts on “NC’s State Superintendent Should Be An Educational Leader, Not a Manager”