For years the official state motto for North Carolina has been “Esse quam videri” which is Latin for “To be, rather than to seem.” 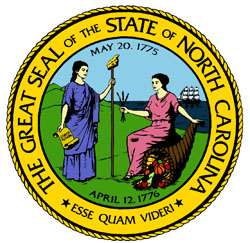 This motto (along with “In God We Trust”) was part of a 2018 bill that would have had all public schools in North Carolina display such words for all to see. The “In God We Trust” issue is for another argument, but if we were to have had “Esse quam videri” prominently displayed in all schools, it would be nice if it really depicted what those in North Carolina’s political system actually abided by, especially the state superintendent who is more than eager to exert full control over our public school system.

If the words of our state motto are measured against the actions that Mark Johnson and others in Raleigh have taken to hurt public education, then it seems that the more appropriate motto to attach to them would be “To seem, rather than to be.”

In other words, “Say the right things, but don’t back them up with appropriate actions.”

Johnson mentions the “American Dream” often. It was part of his campaign. In an op-ed for EdNC.org in September of 2016 he stated,

“We are blessed beyond measure to be citizens of the United States, the only nation ever to have a dream named after it. No matter who you are, your background, your neighborhood, or your race; you should be able to go to school, work hard, and reach your American Dream.”

Yet, has there ever been a time when Johnson has come out and defended the “Dreamers” in our schools from actions on immigration? Has Johnson ever come out against policies that keep over 20% of public school students from escaping poverty? In calling public education a great tool for success, did Johnson back that up with lobbying hard for more funding and more personnel for public schools?

No. The words are there. The actions never have been.

Johnson also tells educators how “important” they are and that NC is “fortunate” to have them. Automatically many think of the May 16th, 2018 march and rally in which almost a fifth of the state’s teaching force came directly to Raleigh. Were they so important that Johnson actually met with them? They came again in May of 2019. Did Johnson meet with them?

No. Just words. No actions.

However, this type of communication is consistent with Johnson’s approach. Face-to-face interaction with teachers and public school officials is not a strong suit for the state superintendent. Actual dialogue with the very people he supposedly leads is his very kryptonite which is totally antithetical to how teachers should be.

And Johnson loves to talk about his teaching “career.”

The typical Johnson way of interacting with public schools has been indirect and hands-off with the hope of not having to accept any responsibility for reality but having enablers craft words and carry out actions on his behalf. Look at the iStation contract decision. Look at the Class Wallet decision.

Maybe ask those 40+ DPI veterans who were forced to leave due to budget cuts in 2018 that Johnson never fought against and were given notices by HR people and never came face to face with the very person whose experience in education is dwarfed by every individual affected many times over.

And many of those former DPI employees were helping low-income school systems to accomplish great growth, leading students out of poverty. Now it seems that Johnson wants to put them in front of computer screens.

To seem, rather than to be.