Last October (10/29), Rob Schofield published a piece on NC Policy Watch explaining the negative effects of the budget that Sen. Phil Berger and others in the NCGA were pushing (and actually are still pushing with the current impasse )in the NCGA.

#2 – Further undermining the state’s desperately underfunded public schools – As veteran education policy analyst Kris Nordstrom explained in July, there are myriad ways to illustrate the damage the state lawmakers are doing to North Carolina’s once-proud and now-threadbare public education system, but here are three that tell you about all you need to know:

The tables referred to in the second bullet point are as follows (credit to Kris Nordstrom):

While the second table does not have a dollar amount attached to the figures, what it shows is that not as many classroom teachers, support personnel, and administrators are being financed now as they were a little over ten years ago.

Just for clarification, the US Inflation Calculator states that from 2008 to 2019, we have experienced a cumulative inflation of %19.3. 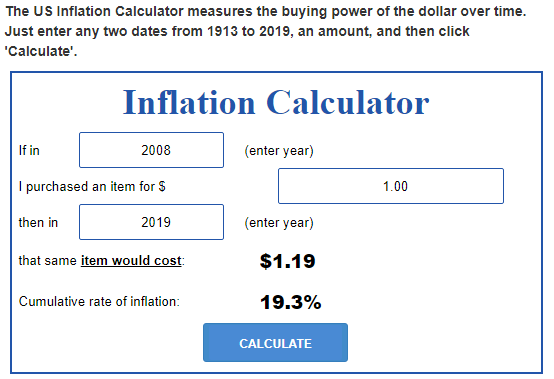 And NC also has a public university system that it supports.

In 2008-2009, this was the cost of attending the University of North Carolina at Chapel Hill per semester.

But this is what it is now.

And don’t forget, NC has a really big state budget surplus according to Phil and Tim and Tim wants to be chancellor at ECU according to rumors.