AS I have said before, North Carolina’s Department of Motor Vehicles allows car owners to purchase a customized license plate and personalize it with individual text and numbers – as long as it is not already taken by another motorist or it is too inappropriate. Monies collected go to the state with a donation made to the entity honored with the plate.

License plates can reflect so much of the owner’s personality, allegiance to college/pro teams or causes, and hobbies. Simply look at the DMV’s site and begin to imagine the possibilities (https://edmv.ncdot.gov/VehicleRegistration/SpecialPlate#term=Standard).

However, with all of the different plates available, I did not see one that honors educators and public schools. Odd that my childhood state of Georgia does this as well as other states, but the fact that my home state North Carolina does not is a little disheartening.

So, I have made some more.

AND ALL OF THESE ARE GREEN LIGHTED. THAT MEANS I COULD ORDER THEM. WHO’S WITH ME? 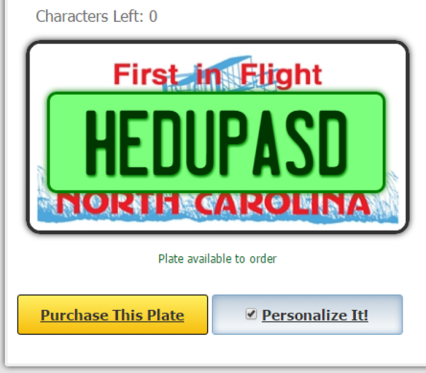 2. This one is for Sen. Jerry Tillman, the champion of unregulated charter school growth. 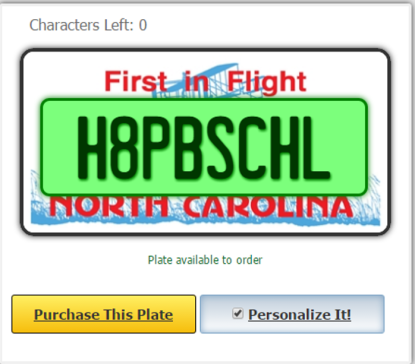 3. This one is for U.S. Senator Thom Tillis and his unrelenting stance on allowing people ot buy guns meant for military use even after the Orlando Massacre.

4. and 5. These next two are for Gov. Pat McCrory and his inability to still explain HB2. 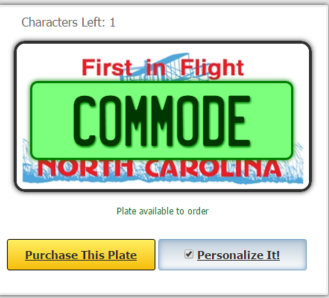 6. This plate is for Gov. McCrory’s hybrid that he drives to coal ash ponds that contaminate water for NC citizens. 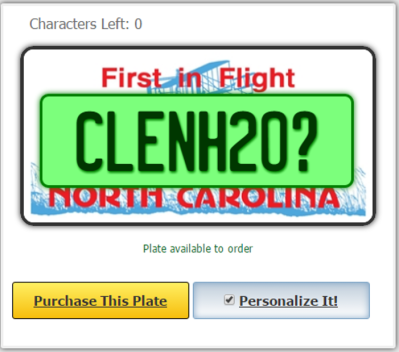 8. This is for Sen. Phil Berger and his attempts to spin his policies in such a way that it may appear to be beneficial to average North Carolinians.

9. For Donald Trump, since he will be in NC often in the next few months.

10. For Sen. Tom Apodaca and his hatred for Charlotte and its audacity to pas an ordinance protecting LBGT citizens from discrimination. 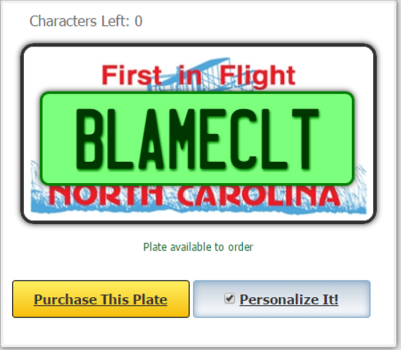 11. This last one is for the governor. He has this on the car he uses to drive away from reporters who ask questions about his policies that he really doesn’t have answers for. 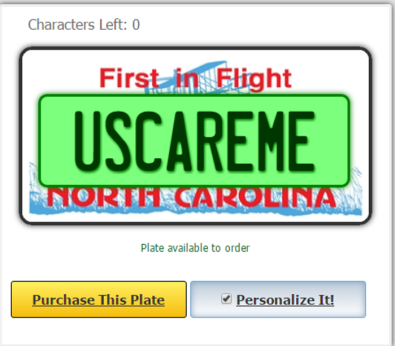 One thought on ““License Plates For Lawmakers”, Part 2”