As the Director for the State Office of Charter Schools in North Carolina, your words concerning the annual charter schools report just recently made to the State Board of Education prove not just interesting, but rather selective and uninformed and display an attitude to make sure that charter schools in North Carolina thrive at the expense of traditional public schools here in the Old North State. 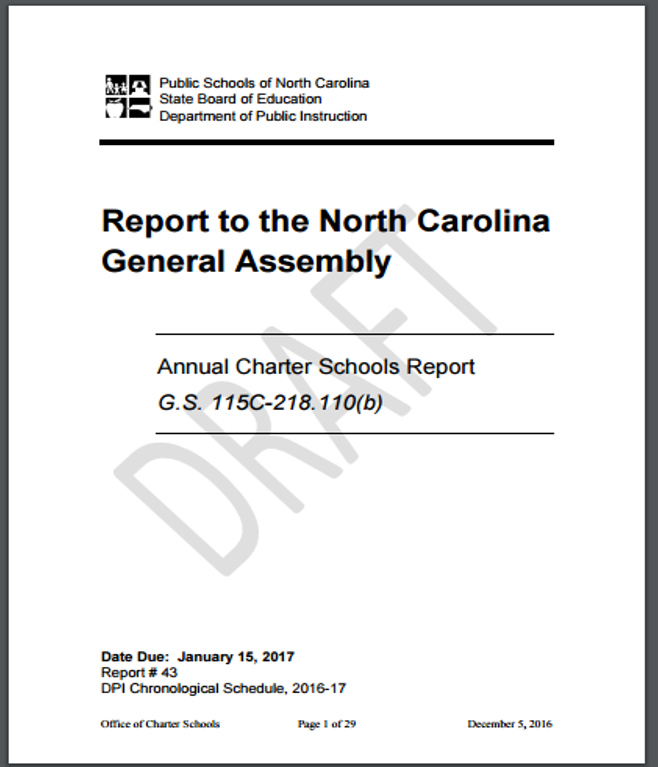 A WRAL.com report from January 4, 2017 entitled “NC charter schools chief: Need to increase diversity, open more rural schools” included some rather illuminating insights on your part that not only display a shortsightedness synonymous with an attempt to stretch and spin the truth, but an intention to create more of a market for an unregulated charter school industry that is enabled by the current political structure here in North Carolina.

The report also found that charter schools tend to serve fewer poor students than traditional schools. But Machado cautioned board members that some of that data may not be accurate. Schools may have under-reported how many low-income students they serve, he explained, because they must rely on parents to report income information.

“Parents would get mad when we sent those surveys out,” Machado said, referencing his time as chief administrator of Lincoln Charter School in Lincoln County (http://www.wral.com/nc-charter-schools-chief-need-to-increase-diversity-open-more-rural-schools/16400623/) .

There is a tad bit of faulty logic there. Are you suggesting that only charter school parents are unwilling to share information about income because of an assumed social stigma concerning socio-economics?

The truth is that all schools must rely on parents to report information for students – medical, past transcripts, addresses, etc. To suggest that traditional public schools do not have to struggle with having accurate measures of low-income versus high income students is ludicrous, because if that was not the case, then you just said that charter schools do a much poorer job of keeping up with records on their students.

Work in any public school and you will start to understand that many students will not report as low-income because they (or their families) do not wish to be identified as poor. And whether people in any office on the county level or on West Jones Street want to admit it, all public schools have students who face poverty, and poverty affects education.

And it is interesting that you mention Lincoln County, home of Rep. Jason Saine and Sen. David Curtis, current members of the North Carolina General Assembly who are sworn to uphold a state constitution to make sure that all children in North Carolina receive a quality public education. Yet, both champion charter school growth in Lincoln County using taxpayer money.

You may refer to the following letters that I penned to them for more information concerning their ventures.

Ironically, the very charter schools they are associated with do not show up on the Lincoln County Public Schools website. 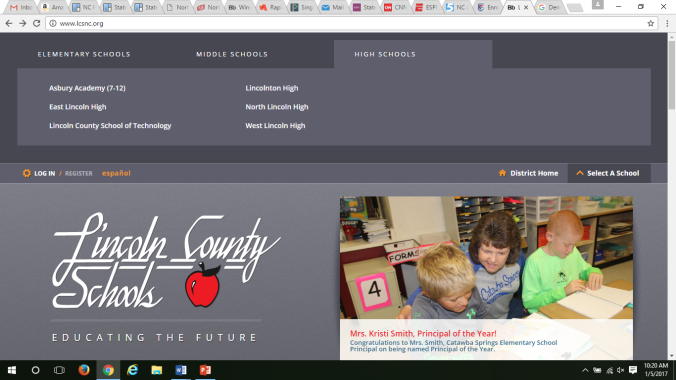 There was another assertion that you offered in the WRAL report which actually opened the story that also piqued my interest.

Hinchcliffe opens the WRAL report with,

“North Carolina charter schools need to have more diversity among their students and open more schools in rural parts of the state,” the state’s charter school chief said Wednesday.

Dave Machado made the comments while presenting the annual charter schools report to the State Board of Education.

You directly say that you want to open more charter schools in rural areas. I assume that means in counties that may have few traditional public schools to begin with where a charter school may come in and siphon away enough students into another entity that could adversely affect those traditional schools.

Considering how schools are funded by state, local, and federal monies, even a small change in student population in a small rural school could have drastic effects in the ability for that small rural school to apply for funds to have ample resources for those who are not fortunate enough to attend the charter school.

Also, why would you want more charter schools in rural areas when you could invest those monies in the very schools that exist for the students who already attend them? Why benefit a few at the expense of many?

You may claim that you want to offer more choice for students, but how is it really choice for those who would never be able to attend the charter school?

You may claim that you want to offer citizens a chance to attend a successful school in an area where schools have been “failing.” Well, when you can show empirical evidence that charter schools do better than traditional schools overall, then you might have an argument, and even then why wouldn’t those successful ventures then be invested in the traditional public schools anyway for the benefit of all students?

And you talked of the need for diversity.

I do know of a few measures that you could take that would make charter school more diverse, or at least less homogenous, but it would require being measured against traditional public schools again, which seems to something that touches a nerve with you.

It’s very interesting to see how an idea that was very altruistic in nature as the charter school once was become a championed cause for privatization of public education. Many credit Albert Shanker, the former president of the American Federation of Teachers, with the idea of charter schools, but his idea seems so foreign to the concept that is being advocated so much here in North Carolina and the words that you say.

Shanker wanted (and I paraphrase Dr. Diane Ravitch’s The Death and Life of the Great American School System pp. 122-124) charter schools should be a decision made with school districts to focus on those students who are the hardest to teach – those who were on the verge of dropping out. He would never have imagined charter schools using the type of admissions processes being used now. And most importantly, because the charter schools would be sort of an offshoot of the public schools, they would naturally be collaborative.

And yes, there are some charter schools that are doing the work of teaching students in newer, more experimental ways in hopes to help other students in traditional schools. And those schools are working with their respective public school systems, but they seem more the exception now than the norm.

Yet, Mr. Machado, what I see your mission being is to create a situation not based on collaboration, but of competition. And if public education was meant to be competitive, then should not both charter schools and traditional schools have to play by the same rules?

Because they certainly are not here in North Carolina.

One thought on “Open Letter to Dave Machado, Charter School Chief for the State of North Carolina Concerning His Words About the Annual Charter Schools Report”