Last week ended the regular school year for at least many of us in the state who teach in traditional public schools and it was ironic to see that many teachers were having to wait until after “grade verification” deadlines passed before they could get test scores back from state and local entities.

I understand. It happens. Some years more than others. And this post is not to draw out that debate of timing.

She sought clarification on the matter from Dr. June Atkinson, the former state superintendent. She would know. She would have the experience, the insight, and the ability to explain all of the different cogs that are working in the system.

Yet my next inclination was to see if our current state superintendent had anything to say about the matter. And I found…

Approaching six months in office and really naught about the “testing” has been addressed from DPI’s standpoint. Needless to say that within those six months, multitudes of teachers have begun, taught, and completed classes that were tested with EOC’s and NC Finals in block schedules.

Yet no word from Johnson about this matter.

In fact, lots have happened in the past week about public education. For instance:

And where in the state was Mark Johnson? 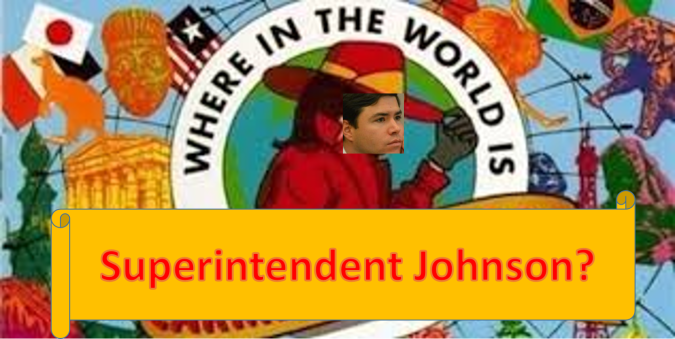 In fact, the only blurb I heard to even come from Johnson’s office in the past couple of weeks involved a possible breaking of the law.

On June 6th, Billy Ball reported on NC Policy Watch in “State Superintendent may be violating law by ignoring public records request” that,

And what did Johnson respond with? Nothing. He has someone do it for him.

A spokeswoman for the Department of Public Instruction (DPI), Vanessa Jeter, responded that day to say the records request had been received. In follow-up emails on Feb. 1 and Feb. 8, Jeter said the request had been forwarded to DPI’s information technology and legal departments, pointing out the superintendent’s emails would need to be reviewed in order to redact any confidential information.

Under North Carolina’s public records law, that would include certain types of protected information such as private employee records and attorney-client communications, among other exclusions.

In a March 22 email, DPI told Policy Watch that Johnson’s office was still working on the records request. And on March 31, Jeter wrote that the “hold-up” concerned a piece of software that would allow for a search of Johnson’s emails.

“If that is not important to you, we can handle it differently and move forward more quickly,” Jeter wrote.

In an April 4 response, Policy Watch asked for Johnson’s office to proceed without the software in order to obtain the records “sooner rather than later.”

Since then, there’s been little indication of any progress on the public records request, with follow-up emails from Policy Watch in late April, May and June often prompting no response from Johnson’s office.

Those last words from the above excerpt – “no response from Johnson’s office” – is becoming the running theme of his tenure.