… would be like letting an arsonist loose in a drought-ridden forest and giving him matches and gasoline to play with knowing that someone else would have to pay for the damage.

Please do not forget that the assault on public education in North Carolina by people like Tim Moore and Phil Berger has not been targeted exclusively at K-12. It’s been on our public university system as well. Too many things have happened in synchronicity.

Then former Bush Secretary of Education Margaret was brought in. Remember she was a main cog in No Child Left Behind?

Look at all of the turnover in the UNC Board of Governors and its being shrunk?

Silent Sam scandal that was done behind closed doors? 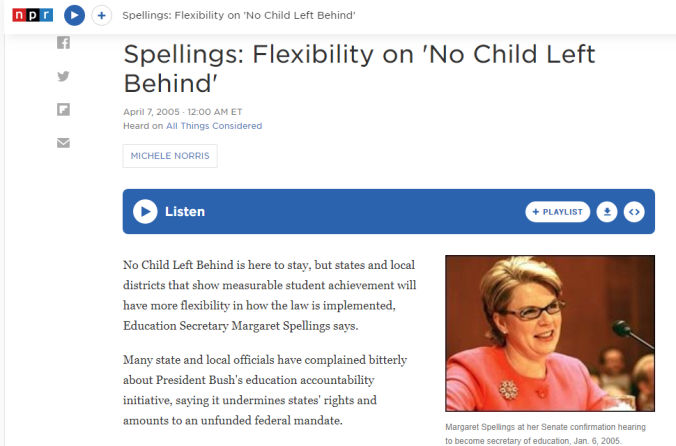