Remember this quote from Lt. Gov. Dan Forest from 2016 when he was championing HB2, the bathroom bill?

“If our action in keeping men out of women’s bathrooms and showers protected the life of just one child or one woman from being molested or assaulted, then it was worth it. North Carolina will never put a price tag on the value of our children. They are precious and priceless.” – Lt. Gov. Dan Forest on April 5th, 2016 concerning HB2 and PayPal’s announcement to not expand in Charlotte.

Sen. Phil Berger defended that bill just as hard as Forest did and Berger sure as hell wants Forest to be the next governor of this state because we all know that Dan Forest is running for governor. He’s only been campaigning since Roy Cooper took office.

Look at that statement again, especially the last part: “North Carolina will never put a price tag on the value of our children. They are precious and priceless.”

Does Berger believe the same thing? Only if it suits his political ambitions.

He posted this official statement on April 26th, 2019 when NCAE was aksing for the NCGA to fund more nursing positions in schools. 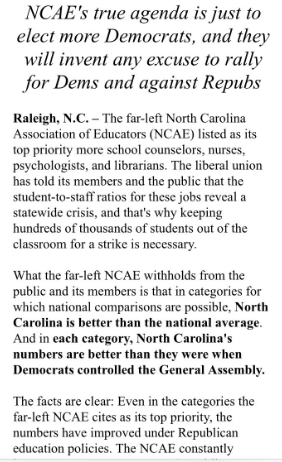 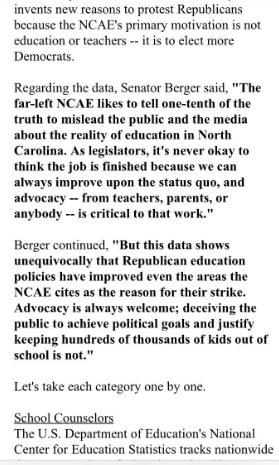 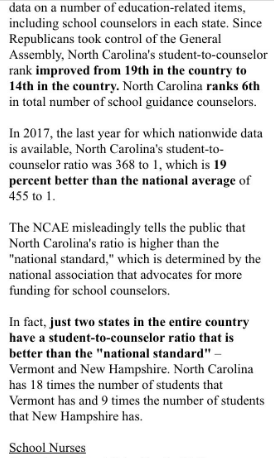 Did Berger just put a price tag on our students’ lives?

Yep. Based on “averages.”

The numbers of students committing suicide, experiencing mental health issues, dealing with depression and other maladies is still skyrocketing. And to argue we don’t need more nurses and health workers in schools when schools re-open from this pandemic (when they re-open) is ludicrous.

Funny how Berger issued that statement when he literally championed a bill to protect students at high costs against a nonexistent danger with HB2 while the state was experiencing an economic boom.